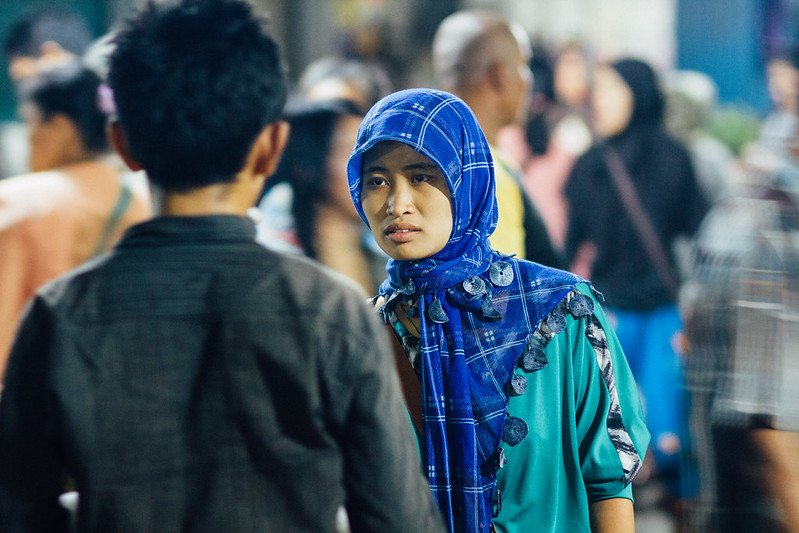 (Image Credit: Flickr account Adam Cohn; the image is at this link. Used without modification under Creative Commons Licence)

On certain issues, ‘ethnic’ voices are automatically deemed to represent not only authentic views but also often THE authoritative word on the matter – unless the person voicing that view has association with the ‘wrong’ political side.

When Minister Maryam Monsef referred to the Taliban as ‘our brothers’, it was only to be expected that much of the reaction would consist of vociferous disapproval. It was equally obvious, when she tried to explain away her use of the term as a matter of cultural nuance, that a line of demarcation would immediately appear, dividing Canadians into two opposing groups of those who understand that culture (or claim to) and those who don’t (or are accused not to).

In a nutshell, the situation was ripe for asserting (or denying, depending on where one comes from in this debate) the authenticity of ‘ethnic’ voices.

As a general rule, most of us normally (and validly) assume that people originating from a culture are more informed about it than the rest of us. What we overlook, however, is that they may also be more biased to opine in a certain way on matters relating to that culture. This is because cultures are not monolithic, and it is quite normal – indeed, natural – for there to be considerable difference of opinion among its members. There is also usually friction among these members, or between groups of sub-cultures within the culture that they belong to.

Especially when it comes to Afghanistan, given that there has been one war or another going on there for over four decades, we should expect more friction among the sub-cultures of that region, and by extension, among the diaspora populations of those sub-cultures.

When such friction surfaces in public, whose view is considered authentic and whose is dismissed out of hand depends on the Canadian political faction that they belong to, or are considered as belonging to.

One of the first mentions of Ms. Monsef’s ‘our brothers’ language that I came across was on a tweet by Toronto Sun reporter Bryan Passifiume. Retired journalist Dave Agar responded to this with the comment, “Another journo posting crap without context or understanding”. Brian Lilley, another Toronto Sun journalist, replied to this by posting the link to a column in his paper by Zahra Sultani (who is of Afghan birth and came to Canada as a refugee) that said, essentially, that calling the Taliban ‘our brothers’ was inappropriate and highly offensive in the context of Afghan culture. To this, Dave Agar replied as follows:

“The author Zara Sultani, worked as a project mgr at Ontario PC HQ and was an advisor to Ont PC cabinet minister Rod Phillips. She’s at a firm headed up by Chris Foggatt, long time Conservative operative. CONTEXT.”

Even without taking sides in the argument between these journalists, or indeed on the main issue at hand (i.e. whether ‘our brothers’ is offensive or not), it is easy to see the disconnect between the information offered by Dave Agar and the credibility or otherwise of the author of the article.

Before Dave Agar retired, I used to listen to him regularly on the radio station Newstalk 1010, and had acquired a high degree of respect for him. With that background, I found his take to be breathtakingly off the mark. Did it reveal his (so far hidden from me) bias against Conservatives? Or does he consider non-white Canadians to be non-credible if they have associations with Conservatives? Or was this a momentary lapse caused by having too much information, coupled with a desire to work that information into the discussion? For now, I am withholding judgment, pending more evidence.

Seeing this exchange reminded me of another one that I had some three years ago. The Ontario government had announced an exemption for turban-wearing Sikhs from wearing a helmet when riding a motorcycle; this naturally caused much consternation among many Canadians.

On a discussion on the Facebook page of National Post on the subject, one Sikh man offered that wearing a turban is mandatory for them. Having lived around Sikhs all my life – many of them turban-less – I jumped in with the reply that it probably wasn’t. The Sikh man countered by saying that if they stop wearing a turban (usually after they had their hair cut), they were no longer Sikh. I asked him if he considered former B.C. Premier Ujjal Dosanjh to be a Sikh or not (he does not wear a turban, but is still recognized as a Sikh). Before he could reply, someone (who appeared to be a white Canadian) thanked me for clarifying the matter for him (that not wearing a turban doesn’t cast a Sikh out of his religion). This was the response to it from the Sikh man:

“Don’t listen to Darshan Maharaja. Maybe he is a Hindu who hates Sikhs.”

I was at a loss to understand as to how an opinion that turbans are not mandatory in Sikhism leads to a possibility that the person having that opinion hates Sikhs, especially when that opinion is based on a lifetime of experience at close quarters.

More crucially, the exchange left it undecided as to whose opinion carried more weight in relation to a matter pertaining to Sikhism – that of the Sikh, or that of a non-Sikh.

One element that forms the foundation of the belief that views offered by ‘ethnic’ voices are authentic is that they are based on ‘lived experience’. (As an aside, I find that term curious, because it claims that there are experiences other than ‘lived’ ones; I think that is an impossibility. In order to qualify as an experience, it has to necessarily be lived).

What we don’t factor into this belief is that these experiences may not be comprehensive enough for the view to be authentic, or even valid. This is otherwise known as the ‘blind men and the elephant’ situation. Reality is both vast and complex. It is always possible that a person’s understanding of it may be incomplete, thereby rendering their opinion less than accurate. This is true even of the opinions offered by ‘ethnic’ voices in relation to their culture.

What this brings us to is the realization that, while acknowledging the special insights that ‘ethnic’ voices bring to certain debates, every opinion must be scrutinized objectively, and none should be rejected on grounds that have nothing to do with the subject at hand. To put a fine point on it, an opinion cannot be accepted just because it was stated by a person of the concerned ethnicity, and it cannot be rejected vice versa.

Unfortunately in Canada, many people can only see things through a prism of partisan affiliation. Therefore, opinions of people of the ‘right’ ethnicity still get rejected sometimes, because they have an association with the ‘wrong’ political faction (or other grouping).

Perhaps one of the most interesting and balanced takes on l’affaire Monsef that I came across was from the young journalist Fatima Syed. She said,

“There aren’t a lot of Muslim political journalists in Canada so I have to (regrettably) say something about Maryam Monsef.

FACT: “brothers” is a term of respect.

OPINION: this was dumb.

SOLUTION: Move on; there’s lives on the line.”

While refreshingly calibrated, this take opens up another question:

Are we talking about the Afghan culture here, or the Muslim culture (if there is such a thing)?

I have found Fatima Syed’s reporting to be of a high quality (particularly in respect of Covid in the Peel Region), so I don’t mean her any disrespect, but I have to ask: When it comes to Afghanistan, do we look for the nearest Muslim for a reaction if an Afghan is not available? This can be asked about other ethnicities and issues also. (Remembering to note that ‘Muslim’ is not an ethnicity).

In the present instance, this may sound like nit-picking, or the distinction may not even be relevant – but broadly speaking, this question is about who qualifies as the / an ‘ethnic’ voice in a given debate. Considering the importance that we give to these voices, it is imperative to arrive at an answer to this.

On the other side of the coin, who has the requisite credentials to dismiss an ‘ethnic’ voice as invalid, like Dave Agar did in respect of Zahra Sultani?

One of the Canadian journalists whom I respect a lot is Terry Glavin. Especially when it comes to the Middle East, I find him to be highly knowledgeable. I was, therefore, most unpleasantly surprised when I read this in his recent, otherwise excellent, article about Afghanistan:

“Omar and Hikmatyar hail from the Pashtuns’ Noorzai and Ghilzai tribes.”

A full explanation of how this is a misstatement, and why it is a grave one, would be too long and also out of place in this discussion. But briefly:

Of course, the average Canadian (and the average person anywhere on earth except Afghanistan or in its diaspora) would be unaware of these facts. Given Terry Glavin’s stature as a foreign correspondent and seasoned journalist, his statement would be accepted at face value.

The question is this: would the above correction be acceptable only if it comes from a person of Afghan (preferably Pashtun) origin? Or do other people get to offer it, regardless of the fact that they are not the ‘ethnic’ voice on the matter?

I think the solution to all of the above questions lies in:

That solution sounds simple enough in theory. In terms of practice, though, would it be possible to implement in the current socio-political climate of Canada?