The love that wasn’t 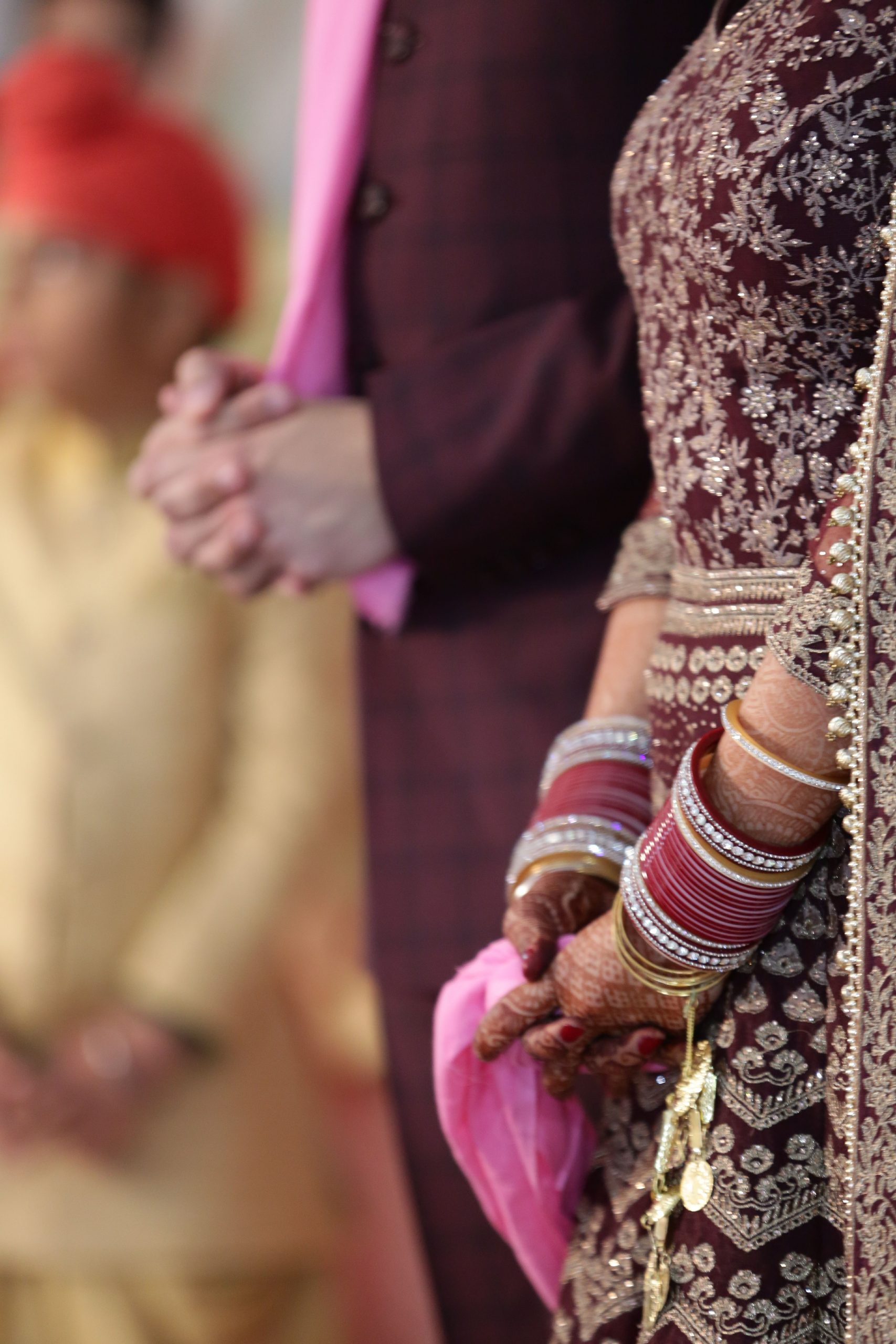 (Image Credit: Wikimedia Commons; the image is at this link. Used without modification under Creative Commons Licence.)

The immigration scam of fake marriage and ‘divorce’ destroys lives in its wake. These lives are victims of apathetic politicians who, for short term personal gain, don’t go anywhere near reforming our immigration system.

As he gazed out of his office window at the bleak February morning, Sukhpreet’s mood resembled the grey, dull sky. The snow-storm of a week ago had been followed by extreme cold, at times accompanied by high winds, and so the heaps of ploughed snow in the parking lot and along the sides of the road had hardened into ice. When he had to take an unavoidable step over these heaps, the ice crunched under his heavy winter boots. The oddly curious and sometimes pretty shapes formed by the forces of nature were then shattered into pieces that had a mutant, unnatural appearance. Over time, these pieces lost their pristine white color, and became ugly blobs ranging from dirty brown to greyish-black, thus robbing the winter of its splendor and replacing it with an unseemly mess.

“Same as life”, Sukhpreet thought to himself, “We start out with clean intentions and untainted dreams, but with time, all the trampling and contaminations make us lose all shape and purity.” As he reflected on his career as a lawyer in Canada, he sighed. All his initial dreams of helping the oppressed and ensuring that justice was done had fallen by the wayside. As humans do, he justified this moral slide to himself. The early years had been tough, and work scarce. Toronto, supposedly one of the most multi-cultural cities in the world was, in fact, a collection of ethnic ghettoes instead. Getting clients from outside the ghetto of his own community was well-nigh impossible. And although his ghetto had a large number of people, it also had a correspondingly large number of lawyers, and many of them had been in practice for a long time. Their names were widely known, plus they could spend heavily on advertising. Combined with their networking among the business and religious leaders in the community, they commanded more than the lion’s share of legal work. All a newbie could hope for was crumbs.

And crumbs were what Sukhpreet had got, until he stumbled onto the ‘fake divorce’ industry. Even though Canada had a comparatively easy immigration system, ‘ease’ is a relative term. As long as there were criteria that a would-be immigrant must meet in order to qualify for immigration, there would always be people who cannot meet these criteria but were still eager to immigrate. Luckily for them, there was a way out of this tough spot. Among all the categories for immigration, the ‘spousal’ category was the easiest to manage: the only criterion that needed to be satisfied was that a marriage had taken place between the would-be immigrant and a Canadian citizen or resident. In response, an entire industry had been born in Punjab that specialized in creating evidence of marriage that never took place, giving a whole new meaning to the term ‘arranged marriage’. Both the Canadian person and the people arranging the evidence would charge heavily for this service. The understanding between the parties was that as soon as feasible after the ‘spouse’ had landed in Canada, a ‘divorce’ would be arranged, and the husband and wife would be free to go their separate ways. Since there had been no real marriage in the first place, the divorce, while appearing to be normal in every way, only served to undo a fake marriage. Hence the term: ‘fake divorce’.

The older, established lawyers in his community, wary of tarnishing their reputation, stayed away from these cases. Sensing a lucrative opportunity, Sukhpreet had plunged in. In short order, business boomed. His tough days were over – or so he thought. Now he was discovering that the difficulties life throws at you aren’t all necessarily of the financial kind.

The latest case that had come his way via his contacts in Punjab hadn’t gone as per plan. A young man from Punjab, having arrived in Canada via such a marriage had, in a matter of days, fallen genuinely – perhaps even madly – in love with his ‘wife’. Of course, the ‘wife’ wasn’t interested the least bit in continuing the ‘marriage’. The man had threatened to commit suicide in case she divorced him. She didn’t care. The marriage had of course not been consummated, being but a sham. But he was prepared to wait for as long as necessary to win her affection. She, on the other hand, was in a hurry to have the last part of their arrangement executed.

Now, Sukhpreet’s predicament was this: if he failed to go through with the divorce proceedings to ensure that the man didn’t commit suicide, he would stop getting further cases from this major source in Punjab. But if he did see to it that the divorce took place as everyone had agreed, the man would commit suicide, so he would still stop getting business from that source, owing to the negative publicity in the community. But, above all, Sukhpreet was acutely aware that a young, promising life was hanging in balance, and which way it would go depended on his actions.

Sukhpreet gazed out of his window again. It was nearing the noon hour now, and he saw a young woman walking her kindergartener son to the school-bus stop. The boy was all bundled up for the weather – snow-suit, snow boots, mittens and a woolen cap that was covered by the hood of his snow-suit. The mother was likewise dressed for the weather, and their hoods prevented Sukhpreet from guessing their ethnicity from a distance. Presently the boy climbed on top of the snow-bank. It was apparent that he wanted to land his steps on successive peaks. But he faced a dilemma: some of the peaks were too far apart for his small legs, and if he tried to land on them by leaping, the force of him landing on them would make them crumble and break, and he would fall. His mother, of course, wanted him to climb down and walk on the level surface of the sidewalk. Sukhpreet saw an interaction take place between mother and son that lasted about two minutes. The boy didn’t budge, nor did he throw a tantrum. Occasionally, he made playful gestures, and when he spread his arms out and mimicked a bird flying, his mother gave in, laughing. But now the boy’s original dilemma resurfaced: the distance between some of the peaks was too long for his small legs. He looked at his mother and said something. In response, the mother stretched out her hand, and took his son’s hand in it. Now, as the boy leaped from peak to peak, his mother’s hand took part of his weight as he landed. As they reached the bus-stop, Sukhpreet noticed that the bus was just turning the corner onto the street. It took less than a minute to arrive at the stop. The boy got in, and the mother stood there waving good-bye until the bus was out of sight.

Sukhpreet got up, walked to the pantry in his office, and made himself a cup of strong coffee. He couldn’t get the scene out of his mind, although the sight had been perfectly mundane. “This must be happening in Canada a thousand times daily during winter”, Sukhpreet thought – but his mind still kept going back to what he had seen. He had this nagging feeling that the event he had just witnessed was somehow relevant to his dilemma. He placed the mug on his desk, and sank into his very plush chair. He sat there for a few minutes in deep thought, his coffee untouched. Finally, the connection struck him. But soon afterwards, he started doubting his inspiration.

He sat there for a few minutes, still unsure, with his hand resting lightly on his phone. Then he decided that the idea was worth one shot, and dialed a number.

“Sat Sri Akal. Nanaksar Gurudwara Sahib”, a voice at the other end announced.

“Sat Sri Akal”, Sukhpreet responded, “Is it possible to speak to Giani Sahib?

“He is having lunch right now. Can I be of any assistance?” The voice replied.

Sukhpreet side-stepped the question, “What would be the best time to drop in and meet Giani Ji personally?” He asked.

“Our daily programs are pretty much from early morning till night, as I am sure you know. We finish Ardas at about 8:20 PM. Any time after 8:30 PM till 10 is good.” The voice replied.

The meeting with Giani Ji went smoothly. Sukhpreet explained the case to him. Giani Ji pointed out that since the girl was unwilling for the marriage, it would be wrong to pressurize her to continue with it. The best way would be to counsel the young man and make him understand that life is full of unexpected turns, but that each turn opens up new possibilities, and that negative experiences make a person stronger as long as they don’t give in to negative emotions. Giani Ji would take the young man under his wing, and let him stay at the Gurudwara until everything was settled. He would also entrust the young man with duties in the Gurudwara to take his mind off his personal situation. Interacting with the other volunteers and devotees would also help in this regard. Sukhpreet agreed to make the necessary arrangements from his end, and the two bade each other good night.

As he sank into the plush seat of his BMW, Sukhpreet took a long breath, and then exhaled slowly.