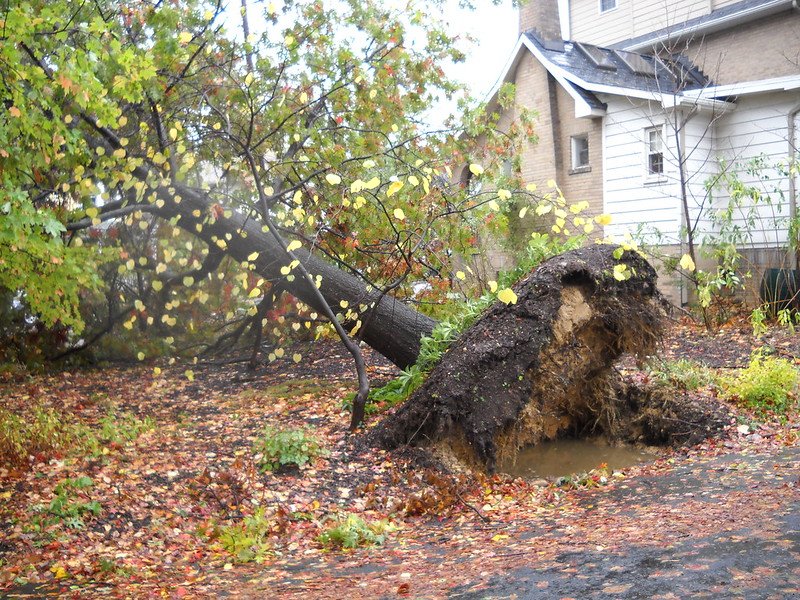 (Image Credit: ‘Uprooted Tree From Storm Sandy’ on Flickr Account ‘Arlington County; the image is at this link. Used without modification under Creative Commons Licence)

The debate around ‘vaccination passports’ is stuck in arguments about individual rights v/s the common good. Hardly any thought is being given to the effects on society of having such a policy. This suits the Statists just fine.

It is a truism that the success of an idea carries the seeds of its defeat. The creation of a rights-based society is an instance of this. At some point, it is inevitable for two parties’ rights to be in conflict with each other. Resolving these conflicts requires maturity, wisdom and a spirit of compromise. But as the rights-based culture entrenches itself in people’s minds, they are increasingly less amenable to a compromise.

Political / ideological polarization exacerbates this situation. The people pushing the polarization are doing so for personal gain, be it political success or ideological gratification. Depending on which side acquires / enjoys dominance, the very structure of rights becomes skewed over time.

Beyond this debate, there is the question of the practical consequences of policies, whether they strengthen or erode some people’s rights. As I have observed public debates in Canada over the years, I have noticed that this component is noticeably absent on many occasions.  This is beneficial to the policy-pushers in positions of power, on two counts:

Given that self-interest is one of the chief motivators of human behavior, such actions are to be expected from the people who hold or seek political power. It is up to an aware citizenry to provide a counter-balance by insisting on an exhaustive debate on the practical consequences of proposed policies, regardless of how desirable they may be on ideological grounds, or on grounds of principles.

The citizenry does itself a disservice by not ensuring that this vital debate takes place in the manner required for the continued well-being of the society.

In the context of vaccination passports, the debate so far has remained restricted to

But as I illustrated in my earlier articles ‘Heads I win’ and ‘Why Vaccine Passports Are a Bad Idea’, there are multiple ways in which people can be brought in conflict with each other over the implementation of a policy of vaccine passports. My illustrations are by no means exhaustive; there may be myriad ways for other problems to present themselves.

Yet, true to form for the Canadian society, there has been zero public debate on how to address these situations. Politicians’ careers thrive on the existence of problems and on conflicts among people, so I can understand why they have studiously avoided this aspect so far. But it is highly disappointing – to say the least – to see that our so-called ‘opinion makers’, notably in the media, have not seen the need to flesh out the situations, and the arguments and possible solutions for these entirely predictable occurrences.

In the end, the friction caused by the implementation of this policy (if it happens) will pit citizens against each other, and cause division. It is the public at large that will be left holding the baby.

The reasons why Canadians are not pushing for a detailed discussion of the practical consequences of vaccination passports, and the possible remedies for these consequences, are for sociologists to explore. As a layman, one possible cause that I see is that in current times, an overriding concern for many Canadians is to keep intact their sense of tribal affiliation. This tendency forms a natural boundary beyond which they are not willing to venture and explore. It is likely that in their minds, acknowledging the potential for these consequences to occur amounts to yielding ground to ‘the other side’. This has the effect of eroding their sense of tribal affiliation to whichever side they imagine that they belong. This is an important factor for them; as I wrote in ‘Structural Dysfunction’:

“We are no longer a nation of people sharing a sense of destiny, but rather different groups that seek to subjugate each other.”

The irony here is that the real ‘subjugation’ happens by the political class, at the expense of the citizenry. Thus, by shouting down their compatriots, Canadians only end up aiding in their own subjugation by those in power. The fact that they may like such an arrangement does not detract from the undeniable reality of their situation. By supporting such lopsided policy-making, they do a disservice ot only to themselves but also to our future generations.