The Sinister Art Of Subjugation 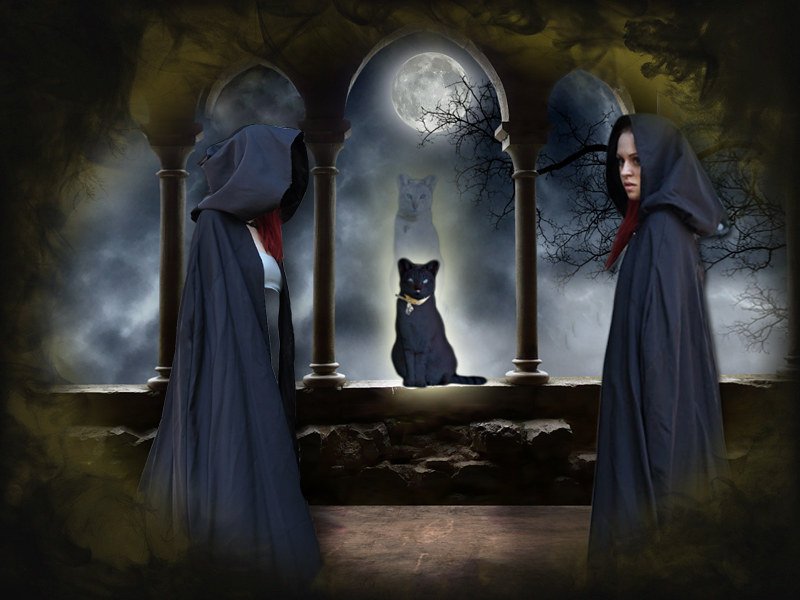 (Image Credit: ‘Black Magic’ by Flickr account ‘ihave3kids’; the image is at this link. Used without modification under Creative Commons Licence)

Initially, totalitarianism gains acceptance by recruiting people on grounds of lofty-sounding ideals, and using them to suppress dissenting opinions. What these recruits don’t realize is that they are also the future victims of totalitarianism.

In the initial decades after India’s independence, one commonly occurring refrain was that the British were able to exploit India by pursuing a policy of ‘divide and rule’. Those with a better grasp of the history of the subcontinent used to counter this with the observation that the people of India were already divided (along ethnic, linguistic, religious and caste lines); the British merely used these pre-existing divisions to their advantage.

The Indian state of Gujarat is composed of three distinct regions: Kutch, Saurashtra and Gujarat. In the late 1990’s, the state government amended the policy relating to agriculture, leading to mass protests by the farmers. The average Canadian may have noticed such protests for the first time in the last year or so, but these are a fairly regular occurrence – and not limited to Punjab.

One day, I was watching the evening news on TV, and saw a clip of the state’s minister giving a statement on the issue. In it, he said that the issues facing the farmers of Saurashtra were different from the ones facing the farmers of the Gujarat region. The immediate reaction from the farmers’ leaders was that the minister was trying to divide the protesters into separate groups, thus seeking to weaken the farmers’ movement. Having seen through the minister’s divisive ruse, they were able to remain united, and ultimately prevailed in their demands. They may have been illiterate, but they were not un-intelligent.

The people at the top of a totalitarian society – let’s call them ‘elites’ for brevity – need the population under them to be divided. There are many ways to keep them squabbling with each other – or worse, at each other’s throats. (Note: from the point of view of the ‘elites’, the latter is actually a better option, not worse). It’s always a lot better to manipulate a bunch of warring tribes than to face down a unified mass of people.

One useful trick for making a segment of people irreconcilably opposed to another segment is by creating an atmosphere where the latter segment can be portrayed as a bunch of uncomprehending nincompoops. In the North American context, the terms used are ‘knuckle-draggers’, ‘luddites’, ‘rednecks’ and ‘Neanderthals’ etc. This requires the policy objectives to be portrayed in ideological terms. Having done that, the trick works on three levels:

Once a person is convinced that the people who don’t agree with certain ideas do so because they are ideologically and intellectually inferior, he or she is primed to abandon the norms of civil discourse. The unintended consequence (for the participants only; for the ‘elites’, this is entirely intended) is that uncivil exchanges reduce the possibility of arriving at workable compromises.

Just as is the case with ‘corporate culture’, this behavioral tendency starts at the top. To be clear, these instances are merely meant to set the tone; the practitioners usually back-off once the behavior has become normal on a broader scale.

On July 29, long time NDP MP Charlie Angus posted a tweet in which he used foul language directed at former Prime Minister Stephen Harper. He had restricted the tweet for replies to only those whom he follows, but via quote-tweets and other avenues, discussion about such language being used publicly by an elected representative took off elsewhere. As we can expect in today’s Canada, many people expressed the opinion – based on how they viewed ex-PM Harper – that MP Angus’s choice of words was justified. This brings us to one key realization:

In today’s Canada, whether someone’s behavior constitutes a violation of standards or not depends on the ideological affiliation of the person offering their opinion on that behavior.

It is likely that MP Angus will, in the future, walk his comment back, or make an apology of some sort, and promise to ‘do better’ henceforth. Whatever he does in this regard will be irrelevant in the larger scheme of things; the relevant aspect is that he will have contributed to the normalization of such speech. When people fall in the habit of hurling insults at each other, they solidify the wall that divides them. At this point, it is worth remembering that they already think of each other as mentally deficient and morally inferior.

Once the ‘elites’ have provided the broad outlines of the totalitarian policy / direction they want to go for, it falls to the people with a wide reach to create and solidify public support for it. Enter the media.

The contribution from the media in this situation comes in four parts:

Once the authoritarian policy has been instituted on the strength of public support that was made possible by a pliant punditry, its negative consequences (of course) begin to manifest themselves. However, instead of acknowledging that the so-called ‘deniers’ were right all along, the narrative from the supporters of the policy changes to why these consequences are a reasonable price to pay for (insert lofty ideological imperative here).  In the context of Bills C-10 and C-36, this ‘lofty ideological imperative’ will be ‘promoting Canadian content to a global audience’ and ‘preventing hate’ respectively. In many cases, the individuals who suffer the adverse consequences will be deemed / portrayed as deserving of their comeuppance.

Over time, however, as more and more people get swept up in the dragnet of the authoritarian policy, and its effect starts to hit ever-closer to home for the recruits, the popularity of ‘They had it coming’ begins to wane. By this time, however, the policy – and the extraordinary power that it accretes to the State – will have gained in size and momentum so as to make the process inexorable. Exactly who becomes its target depends on the class-structure of totalitarian societies. This structure comes in various forms. Let us examine one possibility.

One possible structure of a totalitarian society is as follows:

Once a society has a sufficient number of authoritarian policies in place, all avenues for peaceful change are closed off. Moreover, a rising tide of resentment among the people – ‘recruits’ and ‘deniers’ alike – can only be stemmed by the State through the use of coercive force. The structure of laws and policies provide the necessary tools of suppression, but their use merely serves to create a feedback loop of more resentment and thence more repression.

Cricket matches are played over a far longer time than other sports, and there are moments when things get bogged down – neither side is able to work itself into a position of advantage. At such times, commentators often say, “I get a feeling that something has got to give now.” When it comes to authoritarian regimes, exactly when and how that ‘something has got to give’ moment arrives is a function of multiple variables. What we can be sure of is that it would involve a lot of pain to a lot of people. Let us hope we can avoid that fate in Canada – by stopping draconian laws and other policies that would turn us into an authoritarian society.