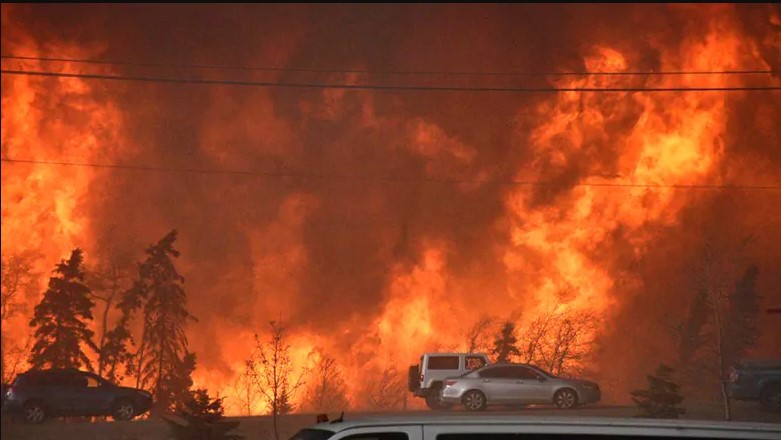 In the early years of the 21st century, well-known activist and author Naomi Klein popularized the idea of ‘disaster capitalism’. According to this argument, following major natural calamities such as the massive Tsunami that hit many areas of Asia in 2004, and Hurricane Katrina that devastated the US state of Louisiana in 2005, as well as man-made calamities such as war, the resulting conditions were seen as being ripe for corporate and other interests to move into the void created by these disasters, and derive economic benefit in the name of ‘reconstruction’. Ms. Klein wrote that the then-US administration of President George W. Bush had created a special office to deal with the post-war reconstruction needs in countries that were not actually at war, or facing imminent war. She saw this as an extension of the doctrine of ‘pre-emptive war’: if a war could be launched to pre-empt another war, then post-war reconstruction could be planned for the destruction to be caused by the pre-emptive war.

Whether one agrees with Ms. Klein’s ideological stance or not, it is certainly possible to acknowledge the reality of the contention that humans often do seek to derive economic advantage from extreme situations, where a sizable number of people are in peril. What makes this tendency morally offensive to most people is that the economic advantage is derived at the expense of those people who are already in distress.

The objective of this piece is to show that this tendency is not unique to the ‘capitalist’ segment of society; what is conventionally described as the ‘political left’ is equally vulnerable to it – as indeed all other types of human groupings are to some degree or the other.

What is ‘disaster socialism’?

I define ‘socialism’ as an ideology under which a society places a premium on collective thinking, and discourages plurality of ideas on any given topic. This applies especially to matters that affect the very structure of the society in question – the more fundamental the issue, the more rigidly conformity of ideas is imposed. The overpowering emphasis is on accepting the sanctity of ‘received wisdom’. Dissent is discouraged at best, and crushed at worst.
In most cases, while socialism removes or abolishes the old aristocracy of inherited titles, offices and privileges, it simultaneously establishes a neo-aristocracy – based on unquestioning adherence to certain concepts and ideas, rather than on lineage.

The two types of aristocracy may seem to be diametrically opposed at first glance; while the social order was rigid in a society based on the old aristocratic rule, in the newer version, any person can rise to a position of prominence, regardless of their previous station in life (at least in theory). However, they share a common feature: under both the systems, many debates are settled by an ‘appeal to authority’, i.e., by referring to the opinion of a person who cannot be challenged. Under the old aristocracy, this ‘authority’ was derived by lineage. Under neo-aristocracy, it is bestowed on a person who zealously subscribes to an idea. Under both systems, the judgment of this ‘authority’ is beyond question, and challenging that judgment carried / carries dire consequences.

‘Disaster Socialism’ can, thus, be described as a doctrine that seeks to impose collectivist ideas on a society at a time when that society is facing the consequences of a disaster. This disaster may have actually taken place or may be predicted. In the latter case, the consequences are supposed to take place in the future. The inconvenient fact that all predicted outcomes of complex systems are probable at best is shoved aside; there is an aura of certitude surrounding the predictions of a collectivist policy measure in Disaster Socialism. The post-disaster conditions (or the prospects of the same) are claimed to be so dire that any effort to engage in a discussion that is athwart the dictates of those in ‘authority’, or one that seeks to establish measures of accountability, is ruled out. Persons seeking such engagement are discredited, mocked, ridiculed, de-platformed or otherwise silenced. The disaster, whether current or impending / predicted, thus, creates space to implement or impose certain policies in a much shorter time frame than would be possible otherwise. Indeed, in some cases, an implementation may not even be possible without invoking the specter of impending catastrophe. In some other cases, the proposed policy may be disproportionately tilted in favor of one of the several alternative courses of action. The key feature here is that one single course of action is prescribed, usually by ‘an appeal to authority’, and it is made mandatory for everyone to fall in line. Any negative impact of this course of action on any person, or group of persons, is explained away as a price worth paying for the common good of the society. In case the disaster is a predicted one, the ‘common good’ is a product of lopsided conjecture.

In light of the fact that the collectivist policy is being coerced, it needs one more element to it in addition to certitude, and that element is a sense of panic. This applies especially to a predicted disaster, where ‘facts’ are open to imagination or even outright manipulation. For this reason, it often becomes necessary to exaggerate the magnitude of the disaster, the severity of its predicted consequences and the duration between now and the arrival of the disaster. This is facilitated by two groups:

(a) The opinion-makers, who have the ability and the necessary means at their disposal to influence a large number of people, and
(b) The constituency that was derisively described by Lenin (himself a staunch collectivist) as ‘useful idiots’. Disparaging terms aside, the reference here is to people whose ardency of belief in a cause far surpasses their comprehension of the nuances (or even the nuts & bolts) of the issue at hand. They do, however, serve the function of forming the critical mass necessary to legitimize the policy.
At this stag,e the nature of the policy changes from prescriptive to participative. The nay-sayers are in a minority, and perhaps even in hiding.

With reference to the aforesaid ‘price worth paying for the common good’, it has been a feature of human history that those who make a policy that requires such a price to be paid are almost never among those paying the said price. The behavioral changes that they demand of others are rarely, if ever, incorporated in their own lives. Their non-compliance with their own policy is usually explained away as being fundamentally necessary to the achievement of the policy’s objectives.

Although socialism claims the lofty objective of creating a classless society, in reality, Disaster Socialism only ends up creating the exact opposite. In its case, class division is centered on eligibility for exemption from the requirements of policy. The degree to which one is eligible for such exemption depends on, and is in direct proportion to, one’s proximity to the nucleus of political power.

As seen above, one feature of a narrative of impending disaster is the shrillness of how soon it is supposed to arrive. A prudent strategist involved in any such exercise would need to be prepared for a possibility that the predicted disaster does not arrive. Several options are available here, either singly or in combination:

a. Give credit to the policy (and by extension, oneself) for having staved off catastrophe,
b. Move the goalposts by extending the timeline of the prediction,
c. Have the original predictions revised by another set of individuals (this could require scapegoating the previous set of individuals who came up with the original predictions), or
d. Change the channel, either by predicting another, different disaster, or by catapulting a completely unrelated issue to the very top of the list of issues under discussion. In the latter case, the issue to be promoted should preferably be of a trivial or salacious nature, or both. Long-standing issues that have defied resolution for generations are also useful in this regard.
Another uncertainty relates to the actual delivery of the promised results of the policy. A seasoned policy-maker does not expend much time or energy pondering this. The systems involved in these policies are very large, whether in a technological or administrative sense, and quantification of results is at best complex. Thus, there is much room for different interpretations, and even greater scope for spinning such facts as may be publicly available. Moreover, the legions of opinion-makers and other supporters from the laiety, who proved instrumental in legitimizing the policy, can reliably be counted upon to defend – perhaps even conjure up from thin air – the actual outcomes of the policy. Just like a ship leaving waves in its wake, the policy-maker’s focus is on charting new waters, and not in what path was traversed. There are always new possible disasters to discover and profit from. (Note: After writing this piece, I discovered that the term ‘Disaster Socialism’ had already been used by another author, Richard Murphy, in his blog entry dated May 08, 2019 at https://www.taxresearch.org.uk/Blog/2019/05/08/disaster-socialism/
However, Mr. Murphy’s exploration is in the context of Brexit, whereas mine is more about the general aspects of the phenomenon.

Several others have written about Disaster Socialism as well, from their respective points of view, such as:

Paul D’Amato at https://socialistworker.org/2010/06/04/disaster-socialism
Nick Cohen at https://www.theguardian.com/commentisfree/2018/dec/16/why-are-labour-party-leaders-so-quiet-on-europe—maybe-it-is-the-lure-of-disaster
etc. Hence, I do not claim any rights to the term ‘Disaster Socialism’. )