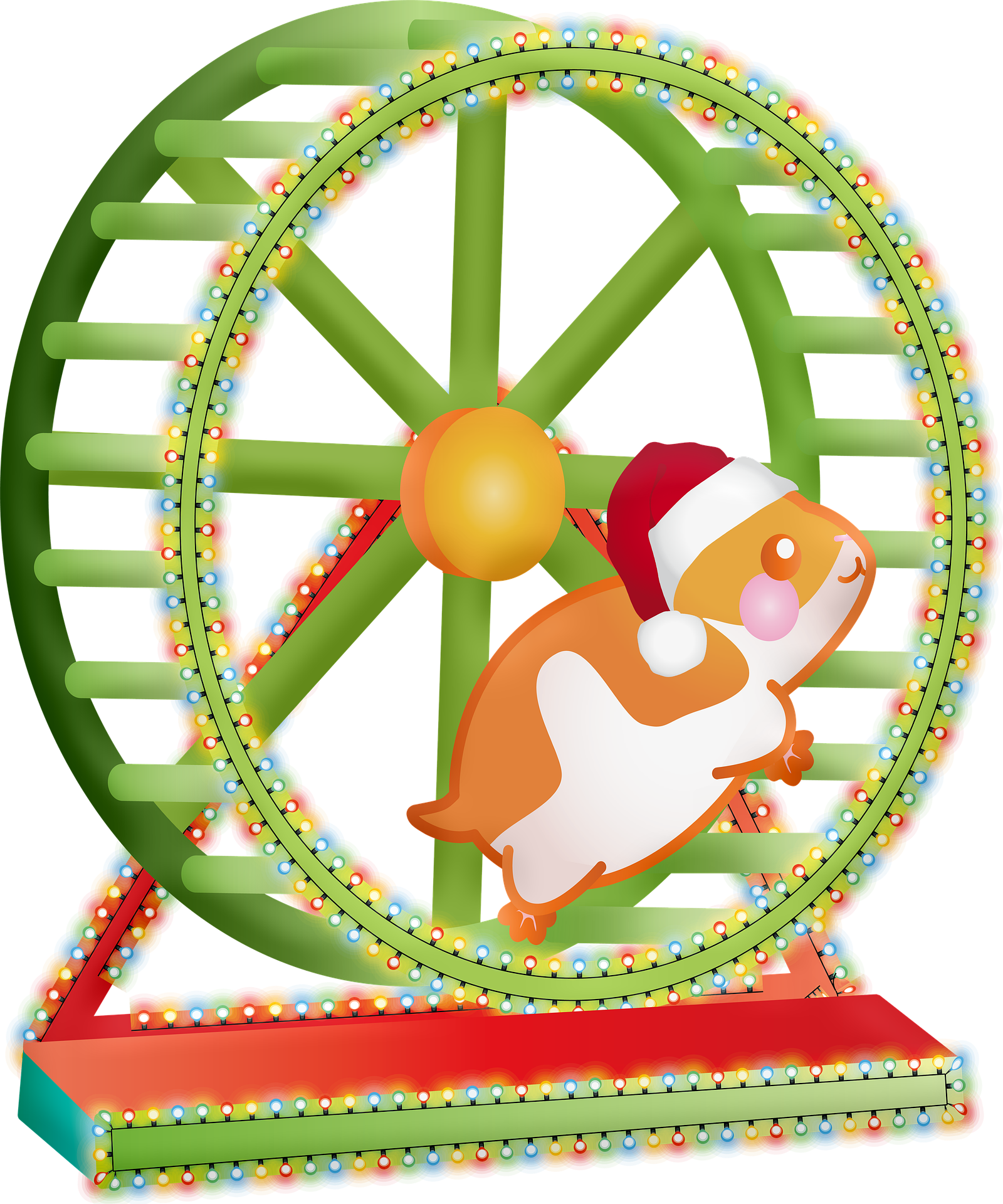 (Image Credit: maxpixel.net; the image is at this link)

The water advisories at First Nations are merely the proverbial tip of the iceberg – of ineffectual governance. For all the claimed activity by governments, hardly any action takes place on a host of major issues.

Following one of the election debates, a short-lived kerfuffle ensued regarding the claim by Justin Trudeau that while his government had inherited 105 water advisories among First Nations in 2015, it had managed to resolve 109 of them over the past six years. A lot of people focused on the mismatched math of the claim, but I don’t think it is impossible – such advisories can come into being at any time. So I think the simple explanation is that in addition to the 105 advisories that existed in 2015, there were additional ones that popped up and got resolved (at least within the meaning of the word ‘resolved’ in our government).

What matters to me is the number of advisories that are in effect at any given point of time – my preferred number being zero. My Twitter friend Jonny Bowhunter (@bowhunterjonny) posts a thread every day, stating the number of advisories that are in effect on that day, divided into long term, short term and in British Columbia. Over the last few months, I have seen that the total is consistently near or over 100. His attempts to get the mainstream media interested in the issue have come to naught. And this brings us to an important realization.

In my previous article ‘Power(less) Play’, I mentioned the criminal-police-politician nexus. To amplify on the point that I made in that article, that nexus functions on the operating side of the political arena. At the same time, there usually is also a need to manage the narrative side, in order to direct and shape public opinion. In this regard, a politician-media nexus is of key importance. So we see sporadic stories about First Nations water issues in our mainstream media – but no consistent pressure to force governments to achieve lasting resolution of these issues. It is almost as if it is an article of faith in the public sphere that these issues will always be around – without any explanation (or even an attempt at one) as to why this should be so in a water-abundant G7 nation.

I believe that this sad state of affairs exists not just because the water issue affects our First Nations, but rather that Canadians are overly tolerant of ineffectual governance (partly because they habitually allow their attention and energies to be diverted to other, peripheral issues).

In other words, the persistence of water advisories is not a crisis resulting from the federal government’s neglect of First Nations, but more broadly, is a crisis of poor governance – at all levels of government. The remote location of the First Nations communities merely adds to the pathetic non-delivery by government. Their failure to deliver results is masked by tall claims on metrics that are irrelevant to the debate, and the real facts hidden behind these claims are not unmasked by our un-adventurous mainstream media – although the pertinent questions are staring them in the face.

Let us see a few examples of this politician-media nexus in action.

BEING SICK OF IT

One of my pet peeves is the boastful claim that Canada has the best healthcare system in the world. In my humble opinion, it is possible to believe this claim only if one has not seen the better healthcare systems in other parts of the world. But comparisons aside, what matters is whether the Canadian healthcare system delivers healthcare in accordance with objective parameters that we (should have) arrived at independently of what other countries are doing. Here are some questions that can help us arrive at these parameters:

It is possible to think of a long list of such questions, but in the interest of brevity, I will leave that to the readers. My point here is that instead of asking such meaningful questions, all that we see is announcements and wrangling about the amount of healthcare funding from the federal government to provinces. Nobody zeroes in on the crucial fact that what matters is not the amount of money spent on healthcare but rather the actual delivery of healthcare in the best interest of the patients. The vacuum caused by failure to ask relevant questions is filled by accusations and counter-accusations from two sides (Liberal and Conservative) about the other party’s government having reduced the funding of healthcare. To put a fine point on it, healthcare funding is not meant to move money around in the system, but rather to produce tangible delivery at the user’s end. I have yet to see any media outlet / person approach their coverage of healthcare from this angle.

Circa 2013, Jagmeet Singh, who was a provincial NDP MP from Brampton at the time, started raising the issue of excessive auto insurance rates for drivers living in Brampton. It became an election issue in the following year, and his party offered to reduce these rates by 15% if elected. The Liberals, who were in a minority government at the time, matched the offer. The election resulted in a majority for the Liberals, surprising many. The promise of reducing auto insurance rates for the drivers of Brampton was promptly forgotten.

A couple of years later, when someone asked Premier Wynne about this failure, she shrugged it off as ‘a stretch goal’, thus contributing to the evolution of the English language. But it the next election (in 2018), the issue heated up again. The complaint from Brampton was (and continues to be) that the insurance companies are engaging in ‘discrimination by postal code’.

The Liberals once again promised to reduce the rates by forcing the insurance companies to stop using the location of customers’ homes (i.e. postal codes) to calculate premiums. After the election, NDP became the official opposition and its MPP Gurratan Singh (who succeeded his brother Jagmeet Singh as the representative of the riding of Brampton East, after Jagmeet moved on to Federal pursuits) introduced a Bill to end ‘postal code discrimination’, but it was voted down by the governing Progressive Conservatives who had a massive majority in the House. At the same time, Conservative MPP Parm Gill (from the riding of Milton) also introduced his own Private Member’s Bill which was nearly identical to that of Gurratan Singh. Quite visibly, there was a partisan competition between the parties for posturing.

The last update on the website of Ontario Government says that on March 21, 2019, the Bill was ‘Ordered referred to Standing Committee’ (on Finance and Economic Affairs). As this commentary by the law firm McMillan LLP on the website ‘Lexology’ indicates, the provisions of the Bill were not yet effective by April 12, 2021.

In my view, the whole debate around ‘postal code discrimination’ is mired in unnecessary discussions; the resolution of such discrimination (if it is happening) is pretty simple. All it takes is one simple Excel sheet, with two columns (for drivers in Brampton and those in the rest of Ontario, respectively) and three rows (for average insurance premium per vehicle, average cost of claims per vehicle and the difference between the two showing the net margin to insurer companies). Within these six data cells, the truth as to whether Bramptonians are being discriminated against as drivers or not will come out with stark clarity.

But this solution would be too logical for our political class, which thrives on confusion and muddling. It has been over eight years since this issue surfaced & gained political traction, and yet a solution that requires a mere six cells of one Excel sheet has eluded two successive the Ontario governments.

One of the first topics of local political matter in the Greater Toronto Area that I heard was the crumbling state of the Gardiner Expressway, which connects downtown Toronto to the areas beyond. The discussion was around the need to take it down completely and re-do the entire highway. Over the course of years, there have been reports of chunks of concrete from the highway falling on the cars moving underneath. At first, I could not believe that infrastructure in the largest city of a First World country could be in such a poor state of repairs. Later, I learned that the debate around re-doing the Gardiner had been going on since 1996. I am not sure if that is true, but if it is, that means for exactly quarter of a century, we have been having exactly the same discussion about exactly the same topic – and we are no closer to a decision, let alone implementation.

Sometimes, I try to imagine how the public might react to such inaction in the India of my childhood. I can envisage large crowds of demonstrators, the loud fanfare of something called ‘dharna’ (where people lodge themselves at specific spots, usually in front of the legislature etc.) and the occasional ‘fast unto death’ thrown in. It surprises me – in a bad way – that there is no similar civic movement in Toronto. This lacuna allows the city’s politicians to keep kicking the can down the road, their only ‘action’ being to appoint yet another ‘study’ of the matter.

WATER UNDER THE BRIDGE

Looping back to the issue of water advisories at First Nations communities, I can see a common thread linking all the other issues that I have narrated above. Political parties make election promises based on what they think will get them the requisite number of votes (and the die is pretty much cast in terms of the issues that they cover for this; there are hardly any surprises there). Once elected, their focus is not on delivery but rather on showing how much money they have spent on this or that issue, or other irrelevant metrics (such as how many advisories were lifted, rather than how many are outstanding at a given point of time).

This narrative is provided cover by an assortment of media, party operatives, partisans and sycophants. The focus is firmly on activity, as opposed to action. Alternatively, it is on pointing to a past government of ‘the other side’ and attempt to show that ‘their side’ has done better. It doesn’t matter that the same parties have been making the same promises in successive elections repeatedly, without delivering the promised result (the example of cellphone & internet pricing comes to mind here).

Since we live in a participatory system of governance, I consider the resulting mess to be a failure on the part of the voters. In theory, they have the power to bring about an improvement, but for a variety of reasons, believe that the alternative to improvement is a better course of action.