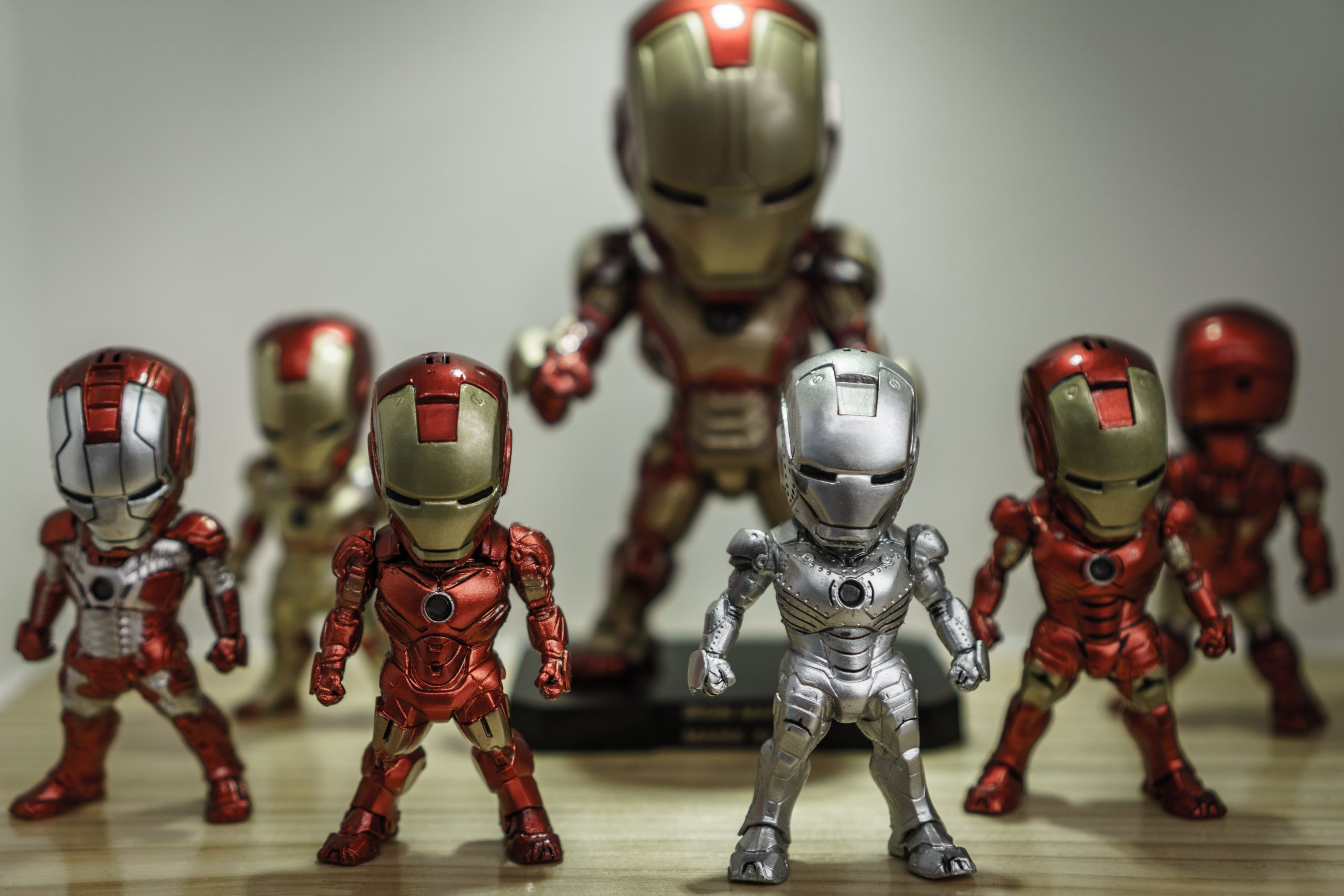 (Image Credit: pxhere.com; the image is at this link)

When a Canadian government tolerates the mistreatment (or worse) of Canadians by foreign regimes, it overlooks the damage that it does to our sovereignty. What starts out as partisan power play ends up putting Canadians at risk on home soil.

A couple of weeks ago, a friend shared with me details of a court case that has been initiated by the families of Canadian victims of the Ukrainian airline’s flight that was shot down in Iran in January 2020. Some of the details were disturbing. Apart from the more widely known facts that the investigation by former federal minister Ralph Goodale hasn’t produced anything of value, and that RCMP Commissioner Brenda Lucki has ruled out a criminal investigation, I learned that the Canadian government has decided to bypass taking recourse to any criminal proceedings. Instead, it wants to proceed directly to reparations for the families of the victims, to be paid by the Iranian government. The families, on the other hand, want criminal responsibility to be determined for the murder of their relatives.

The most startling detail from my friend was that the lawyer representing the families has allegedly received threatening communications from the government lawyer in the families’ case. According to some of the plaintiffs, this raises the disturbing possibility that opponents of the theocratic regime in Iran may be at risk on Canadian soil.

Hearing this reminded me of the case of Karima Baloch, a dissident and critic of the government of Pakistan who came to Canada as a refugee. She was found dead in December 2020, having apparently drowned. The people around her immediately suspected foul play. Shortly after her death, Toronto Police stated that it was being “investigated as a non-criminal death”. This did not placate her associates and well-wishers; quite to the contrary, it enhanced their suspicion. Given the starting premise of the investigation, it seems nearly certain that these suspicions will never be dispelled.

This brings us to a hugely important and equally disturbing point: the very first and SACRED duty of a government is to ensure the physical safety of its citizens. When citizens start suspecting that their government CHOOSES to neglect this duty depending on the facts of a case, the foundational contract between the government and the governed begins to break down. Citizens start suspecting – sometimes validly – that certain entities and interests of those in power supersede the operation of the rule of law. When these suspected entities are foreign governments (or other politically significant non-State actors) failure to implement the rule of law also erodes – and eventually undermines – the sovereignty of Canada.

That may sound a bit far-fetched or even alarmist, so let us zoom down to the ground level to see how the process works, and then work our way up to the top.

In the early 1980’s, a Hindi movie became a surprise hit. It was titled ‘Ardh Satya’ (‘Half Truth’), and the story revolved around the nexus between a city-level criminal and the police. This type of nexus had not been portrayed in Hindi cinema until then – or at least not in such stark a manner. It was a low-budget film, and even its makers did not expect it to do as well as it did, so they had released it in second-tier cinema halls across the country.

At some point in the movie, the villain manages to get elected as a City Councilor, thus completing the triangle of the criminal-police-politician nexus.

The story of the movie perfectly captured the existing sentiment in the Indian society, and the unspoken reality of that society. In addition to enjoying widespread popularity among audiences, it also went on to win multiple awards.

One lasting impact that this movie left on Indian cinema was that stories involving this criminal-police-politician nexus became a trend. Unsurprisingly, none of those can match the original, which continues to be acclaimed as one of the finest cinema India has ever produced.

In the Canadian context, the word ‘bootleg’ implies illegally brewed liquor. In the Indian state of Gujarat, however, it also includes branded liquor made by known companies. This is because the state maintains a policy of prohibition of alcohol. With its credentials as the birthplace of Gandhi, who was an ardent opponent of alcohol, it is well neigh impossible for any politician in Gujarat to talk about relaxing this policy without being voted out of office.

Gandhian credentials of the state notwithstanding, demand for alcohol among the people is robust. This demand is catered to by an underground network of illegally distributed liquor (the demand for beer is far lower, and wine is generally not preferred).

Sometime before the movie Ardh Satya was released, I heard about a ‘don’ in the city of Ahmedabad who controlled one of the largest bootleg networks in and around the city. His name was Abdul Latif. Over time, I heard stories about his connections with some of the senior-most police officers and politicians. Starting with bootlegging, his business expanded to include (presumably shady) land deals, ‘Hawala’ (illegal money transfers, usually involving foreign currency) and contract killing. It was sometimes difficult to figure out whether it was the politicians who provided Latif with patronage, or vice versa. It is possible that their relationship was symbiotic (for a basic outline of his career, see this article from 1995 in the magazine India Today).

The criminal nature of his business notwithstanding, he was hugely popular among the poor Muslims of the city, as he provided their youth with employment. As a result, in 1986, he ran for the office of City Councilor in Ahmedabad from five different wards – and won in all five, despite being in jail at the time of the election.

The aspect of Latif’s career that is relevant to this discussion is that he was also alleged to have been involved in the trafficking of weapons and ammunition from abroad. The 1980’s and early 1990’s saw heightened tensions on account of religious and ethnic animosities in the country. Latif was suspected of having been involved in smuggling of everything from Kalashnikovs to hand grenades and from rifle rounds to RDX into the country. Of course, his suppliers would have been foreigners on foreign soil – and his local co-conspirators would have included politicians and law enforcement.

In short, if these allegations were true, then the triangle of criminal-police-politician nexus was putting the citizens of India in grave danger. What bears emphasis here is that while the motivations of the criminal may have been financial or religious / ideological, the politicians and law enforcement were acting contrary to their sworn duties by being involved in the enterprise. The temptation of personal gain was too strong. The impact on citizens’ safety – or even national security – was of no importance.

Coming to Canadian precedents, from my standpoint the case of the Air India bombing is highly instructive. But before I get into the point that I want to discuss here, a clarification will be in order:

The issue of Air India bombing is multi-faceted and accordingly, there is vast amount of literature on it. Moreover, it is a highly emotional issue for many segments of the Canadian population. As a result of these three factors, any discussion of the issue can veer off into various directions and get bogged down in claims and counter-claims.

Avoiding all those controversies, my focus here is on a singular point: the failure of Canadian agencies in preventing the murder of Canadians (and other nationals departing from its soil) despite prior warnings, compounded by the failure of the Canadian State in convicting and punishing those responsible.

As retired Supreme Court Justice John Major concluded in the report of the inquiry commission, the terrorist attack was allowed to take place by a ‘cascading series of errors’. The fact that these errors were most likely the result of inefficiency in our officialdom is beside the point; it is a State’s duty to put in place systems & processes that safeguard the lives and limbs of people, so allowing not just an error but a ‘cascading series’ of them is unpardonable. It is noteworthy here that the people who were in charge of ensuring that these systems & processes were in place, and did their work, paid no price for their blunders. It is also worth pointing out that the inquiry commission report came a full quarter century after the terrorist attack took place. As the saying goes, justice delayed is justice denied.

Additionally, not a single person has been convicted of the terrorist attack. The only conviction that has taken place, of a single individual, is on a charge of perjury. The biggest terrorist attack to ever have taken place anywhere in the world prior to 9/11, which was planned in and carried out from Canadian territory to boot, has gone unpunished. In my view, therefore, the Canadian State completely lacks the will required to ensure the safety of Canadians.

What were the factors that led to such an unfortunate outcome after the tragedy had been allowed to occur? Given that there is no court verdict, we can only speculate. And that is where political mileage comes in.

The fact that no one has been convicted of the Air India bombing serves as a permanent point of division among Indo-Canadians. The vacuum left by legal ambiguity provides space for conspiracy theories, or what are called conspiracy theories. The term ‘closure’ exists for a reason. In the absence of closure, the two sides (within the Indo-Canadian community) are left in permanent animosity towards each other.

Now, the Iranian-Canadian community faces the same predicament. It will forever be locked in a state of animosity between its constituent groups.

This animosity provides fertile ground on which political careers can be nourished, and fortunes of political parties can be made. What the political ‘masterminds’ don’t realize is that allowing major crimes against Canadians to remain unsolved for reasons of political expediency opens up space for foreign players to repeatedly exploit this tendency for their own ends; they know that there are ways to thwart investigations of their crimes against Canadians, and that the political class will be more than willing to be complicit in preventing successful prosecutions of the guilty. Over time, this fact makes the political class vulnerable to external pressure, or even outright blackmail. At that stage, Canada will be only nominally sovereign – foreign players will be calling the really important shots.