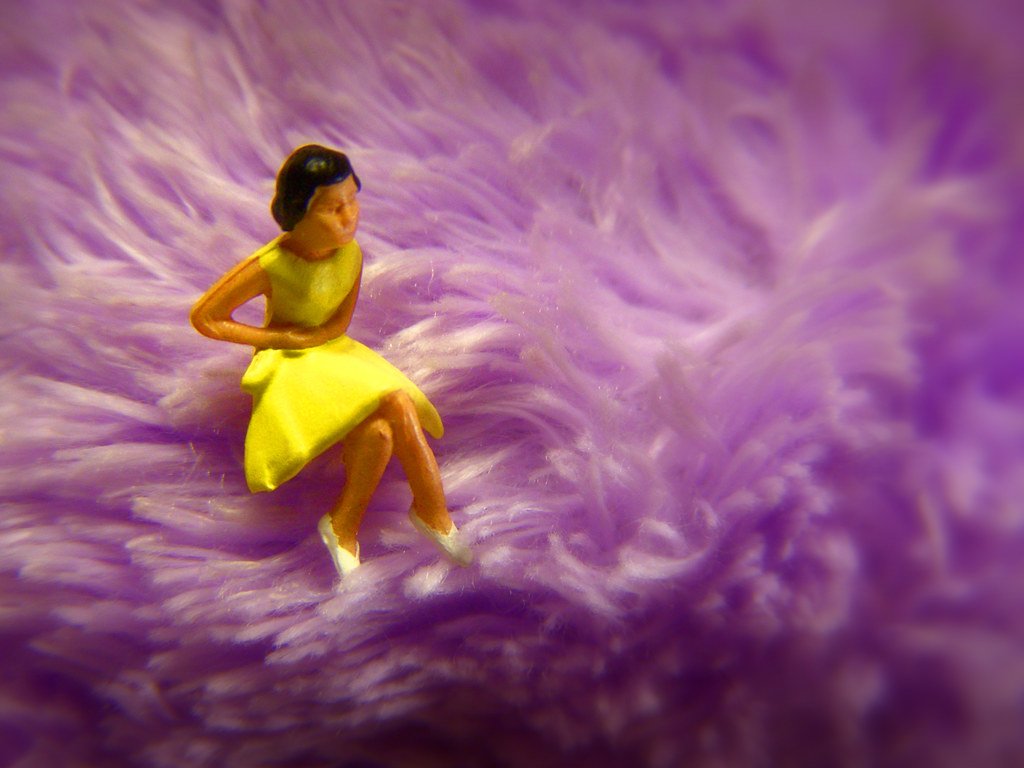 (Image Credit: photos.jdhancock.com; the image is at this link. Used without modification under Creative Commons Licence)

Our media regales in projecting POC as hopelessly vulnerable to aggression by white people. This erodes qualities like self-confidence, resilience and amicability, which, in turn, threaten to make Canada a society of weaklings.

Some days ago, CBC published an article titled ‘For BIPOC employees, remote work meant a welcome break from office microaggressions’. Although I am generally leery of such sweeping generalizations in the headlines (which may not be the author’s fault), I decided to read on.

The first microaggression that the author mentions relates to a black lady, a marketing executive, who said, “I cannot tell you how many times someone has come up to me and touched my hair”. I am not sufficiently familiar with modern lingo, and am a bit unclear as to what ‘microaggressions’ exactly are – but from my old-fashioned point of view, unwanted touching may be an act of aggression, perhaps even assault if the person being touched is sufficiently disturbed by its repeated occurrence.

Reading on, I found that ‘having your name constantly mispronounced’ was also considered a microaggression by the author. This took me to my days in Kenya.

While my official position at the company where I worked in Kenya was in Finance & Accounting, I did not confine my interactions to my white-collar colleagues. With the carefree attitude that is typical of a single man who doesn’t have many worldly responsibilities, I was soon able to establish a rapport with the blue-collar workers in our factory and mines, as well as the truck-drivers.

One day, some of them came to me as a delegation with a request. They said that most of the blue-collar workers were having difficulty in pronouncing my name ‘Darshan’, so wanted to find out from me if it would be OK if they called me ‘Daniel’ instead.

I refused flatly. I told them that I was perfectly comfortable with them mispronouncing my name so long as they kept trying to get the pronunciation right. They had no recourse other than to nod their agreement.

Over the following years, I heard a bewildering variety of the ways in which my name can be mispronounced, beyond what I had thought possible, but our stalemate continued. Right until the day I left Kenya, they had not managed to pronounce ‘Darshan’. As I was leaving the office for the last time before my departure, some of them came and conveyed their good wishes for my future, still mispronouncing my name.

These were some of the most cherished relationships that I have ever had in my life.

African names were similarly difficult to pronounce for non-Africans. Some of the difficulty was surmountable. For example, in the name ‘Kyalo’, the letters ‘Ky’ are pronounced like the ‘ch’ in ‘church’. But names like Njoroge and Mbugua were perennially mispronounced by non-Africans who had lived there for decades, if not generations.

The Africans merely laughed at the inability of the wazungu (whites) and wahindi (South Asians).

In all my years in Canada, no one has been able to pronounce ‘Darshan’ correctly, with the exception of South Asians. The mispronunciation is at the letter ‘a’ in my name. Everyone pronounces it like the ‘a’ in ‘father’. In reality, it is supposed to be pronounced like the letter ‘u’ in ‘cut’ at both the places where it occurs.

The problem is not so much with the people but rather with the English alphabet. Its key weakness here is that it has too few vowels, compounded by the fact that their pronunciation differs in different words (e.g., the vowel ‘u’ in ‘cut’ versus ‘put’, or the vowel ‘o’ in ‘go’ versus ‘to’). Since most Canadians learned English language while growing up, all these (illogical) differences in the ways of pronouncing letters are hard-wired in their brains, and so the variations do not pose any challenge at all. But when a foreign word / name is spelled in English, the inadequate alphabet of English and the unfamiliarity of the native English speaker with these words / names combine to produce an incorrect pronunciation of the word / name – perhaps persistently so.

I do not believe that this is ‘aggression’ of any kind – whether micro- or larger. It is inability, plain & simple.

The fun part here is that now, whenever I see my name written by a white person (usually this happens on social media), in my mind I pronounce my name in the ‘white’ way.

The CBC article goes on to state that while working from home provided a mental break to BIPOC workers, now that many employers are considering resuming in-person working, ‘that feeling of safety is threatened’. Let us pause to ponder this: the article presents the argument that being in the presence of their white colleagues is threatening to POC workers. This is presented as an established fact, one that is so obvious that it does not need corroboration.

I am sure there are workplaces in Canada where various kinds of people feel uncomfortable for a number of reasons (we are human, after all). But how pervasive is this lack of safety in Canadian workplaces? To put it differently, is this article (and many others like it that we come across on a regular basis in our media) committing what is known in Logic as ‘the fallacy of overgeneralization’?

Equally importantly, what is the cumulative effect of these pieces? Do they end up cementing a belief that workplaces in Canada are inherently dangerous for non-white people? I think they do.

What impact does this constantly present sub-surface fear of whites do to their psychology?

Recently, CBC published an article by a person who had volunteered in the federal elections held in September. Her name is Zeahaa Rehman. In the article, she described her pleasant interaction with a ‘white elderly lady’ (this was later edited to read ‘woman’). Then the author writes:

“However, after she left, I couldn’t help but wonder whether – despite our pleasant interaction – she was one of the voters … who might hate people like me.” (Emphasis added)

The picture of the author (which is not a photograph but rather a drawing) shows her to be wearing a hijab. We can interpret the phrase ‘people like me’ in that context if we like.

The original article also contained her assumption that the ‘woman’ was a Conservative Party voter. This was edited out in the later version.

While it would be improper to draw generalizations from a single instance, it does provide us with a possible way in which the constant drumbeat of non-whites being at risk from mistreatment by white people affects POC’s. There are two strands of thought at play here, and they are intertwined, viz., racial and political. I have explored these in detail in two earlier articles, ‘Windward Islands’ and ‘You’re Next’. The crux of the two articles is as follows:

What I wish to add to the above in this article is that this ‘success’ comes at a steep social cost. It puts white Canadians (who still form the large majority of the Canadian population) in a perpetually defensive posture. Regardless of how amicably they interact with POC, the possibility of being viewed as ‘racist’ does not dissipate completely.

When I came to Canada some 17 years ago, it was routine to see, in the ‘community newspapers’ serving the South Asian immigrant population in the GTA, stories involving the heights of success achieved by ‘Indian-origin’ immigrants in Canada. This was consonant with what I had been told about Canada as a welcoming society where every immigrant stood a good chance of achieving their potential.

The tenor of media reporting in the current times is the exact opposite of that. Canada is routinely portrayed as a place where immigrants can never be safe – let alone prosper and achieve heights of success.

Going back to the psychological effect of this kind of messaging, POC will eventually find (and some have found already) that it is to their benefit to complain about white people. Projecting weakness & vulnerability is / will be incentivized. The complainers will be the ones who rise to the top rungs of the social hierarchy, because they will be mouthing the ‘approved’ messages.

I believe that this kind of perverse incentivization has the effect of making our society weaker. In tough times – which are pretty much guaranteed to befall individuals and societies equally at some point or another – instead of having leaders who possess the required grit, honed via personal experience, to overcome our difficulties, we will have people who will have reached the top on the ‘strength’ of projecting weakness.

Of course, cohesion between the different racial groups will, by then, have been shredded because the projection of weakness will have been within the framework of the POC being vulnerable to whites.  So apart from a weak leadership, we will also have a society composed of racial groups that are less likely to cooperate with each other.

I doubt if that augurs well for the future of Canada.