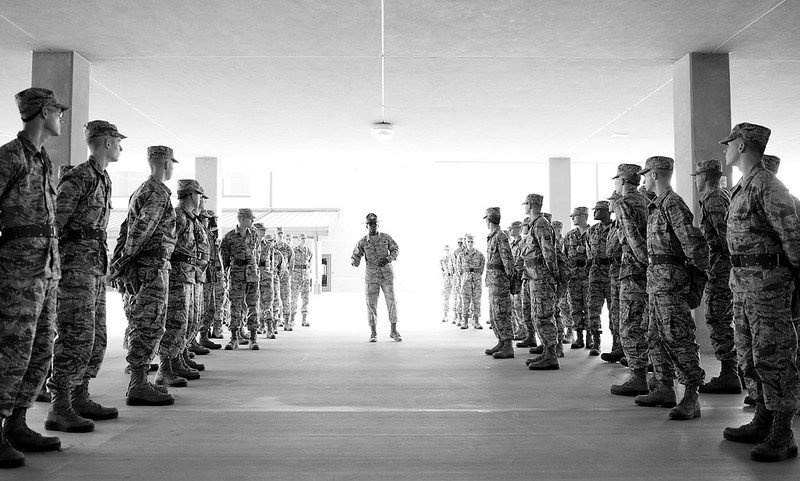 (Image Credit: Flickr account ‘Airman Magazine’; the image is at this link. Used without modification under Creative Commons Licence).

It is a characteristic of inferior countries that people who are trained in the methods of using force in order to protect citizens instead train their force – literally or figuratively – on the same citizens. Canada is headed in that direction.

On September 27, a report by David Pugliese in Ottawa Citizen revealed that some members of the Canadian Armed Forces ‘saw pandemic as unique opportunity to test propaganda techniques on Canadians’. The story, citing a report of the Forces itself, goes on to say that ‘Canadian Joint Operations Command relied on propaganda techniques similar to those employed during the Afghanistan war’.

It is at once disappointing and unsurprising that this story hasn’t been picked up by the rest of the media for further investigation. I view the plan of CAF as a very serious matter, and a grave lapse on its part. This is particularly so because, according to Pugliese, the federal government never asked for such a campaign, nor did the cabinet authorize the initiative. Alarmingly, ‘military commanders believed they didn’t need approval from higher authorities’. Seeing that the plan was ‘developed and put in place in April 2020’ (i.e. right at the start of the Covid pandemic), there is not inconceivable that some members of CAF may have been entertaining ideas along these lines prior to the Pandemic. At the very least, this needs to be investigated – if only to arrive at a well-documented conclusion that this wasn’t so. Lingering doubts about the intentions of the military are not good for a nation.

At the very foundation of modern, mature democracies is the tenet that civilian authority is supreme, and that the military only engages in tasks that it has been expressly asked to perform by that authority. Letting this incident slide will not augur well for our future. Unfortunately, we are witnessing corrosion of the core democratic institutions going on right before our eyes, including by elements of the same civilian authority, so the chances of disciplinary action being taken against the rogue elements in the military are not too bright.

In today’s world of accentuated partisanship, it is easy to believe that ‘civilian authority’ means ‘the government’, but in reality, it refers to the legislative body, including the elected representatives and (in Canada’s case) appointed legislators (the Senators). The government derives legitimacy by virtue of the confidence of the legislative body, as expressed via majority approval of Bills and policies. Sadly, our democracy has been coming up short on this front also.

I say this because our current government has taken our legislative body to court, in order to avoid disclosing information to the latter. I am not an expert on law, let alone Constitutional law – far from it. But I do understand hierarchies, and my view is that the government is answerable to the people, via the legislative body as it represents the people directly. In this instance, we have the government not only refusing to accept the supremacy of the Legislature, but also seeking to reinforce its refusal by obtaining the backing of the judiciary for its stance. One hopes that the judiciary will set the record straight by ruling that the Legislature is superior to the government, and that therefore the latter is answerable to the former.

As I explore in my earlier article ‘Nominal Representation’, the idea that elected representatives are supposed to represent people has been more or less abandoned. Now, individuals are propelled into elected positions by an assortment of forces that has little – if anything – to do with the will of the people. Couple that with a top-down culture that now characterizes our political parties, and you get a government that follows the dictates of interests that are disconnected from – and maybe even athwart – those of the broader population. What we have instead are disparate interest groups pushing for a variety of priorities at the expense of what is in the general interest. The first casualty in such an atmosphere is accountability to the public.

In this context, it is useful to analyze the structure of Third World countries, where there is a tiny group holding the real power, a slightly larger group holding quasi-power, and then the general populace. Quite often, the first (tiny) group is the military top brass.

I am not saying that’s where we are in Canada now – far from it. But the propaganda plan by CAF represents, in my view, a step down that perilous path. Whoever was involved in it needs to be brought to book, in order to provide deterrence for any future misadventures of this (or similar) nature. Whether that happens or not will reveal whether the government, and the Parliament, is a quasi-power.