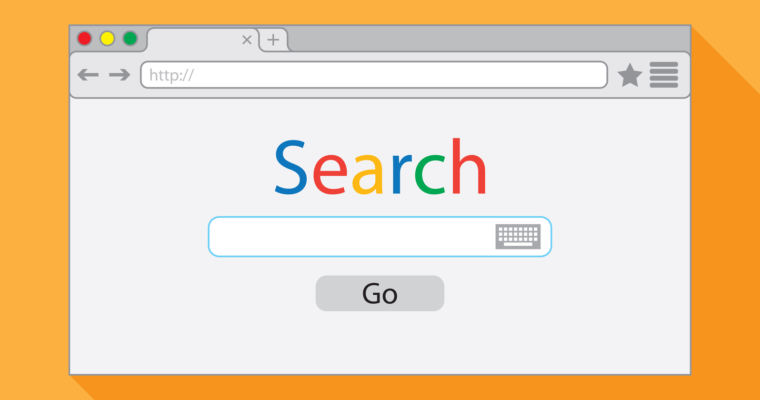 Conservatives’ fixation with the ‘popular vote’ metric causes them to neglect where those votes are located. This is a serious handicap in winning enough seats to form government.

Very shortly after the federal election of 2019, an argument surfaced that the Conservative Party had secured the highest number of votes overall among all the parties. As I saw it, this argument was primarily meant to soothe the damaged pride of the Conservative camp; election results are not decided by ‘popular vote’, and ‘efficiency of voter-support’ isn’t exactly a new concept. Party A can win in one riding by getting 20,000 more votes than Party B, and lose in four ridings to Party B by 5,000 votes each; the net result would be that party B holds four seats while Party A holds only one seat, even though both parties received the same number of votes overall.

All this is not new, and the narration above is not meant to introduce the reader to the basic concepts of electoral math in Canada. Rather, the objective is to use that as a springboard to explore how and where CPC missed sight of its goals. Paying heed to these lessons would, hopefully, enable them to do better in future.

In my recent article, Sounds of Silence, I wrote about the heavy presence of songs in Indian movies. Naturally, they can be put under various categories. One such category is where two lovers are trying to find each other. They are not necessarily very far apart.

The evolution of Indian film music forms a very steep graph. Starting from a purely traditional format in the 1930’s, it rapidly absorbed various influences (chiefly from European / western music), including the use of instruments such as the piano and guitar. This yielded a wonderful fusion of Indian classical and western music by the 1950’s, and the trajectory continues in current times as well, with genres such as rap being adopted in Indian movie music.

Regardless of the genre of music used in these ‘lovers trying to find each other’ category of songs, however, one aspect has stood out for me: no matter how close the lovers were to each other, they were unable to locate the direction from which their partner’s sound was coming. This inability lasted for the duration of the song – typically between three to five minutes. I viewed this as a significant flaw in story-telling; the audience was supposed to be highly credulous. In my view, this was an insult to the viewers’ intelligence.

All criticism aside, however, it cannot be denied that this flaw produced an incredible number of masterpieces, from the more classically-based ‘Zara Saamne To Aao Chhaliye’ (‘reveal yourself, you deceiver’) to the beautifully blended ‘Do Sitaron Ka Zameen Par Hai Milan Aaj Ki Raat’ (‘two stars are meeting on earth tonight’), to the very modern ‘Jaan-e-jaan Dhoondhta Phir Raha’ (‘I am searching everywhere for you’) and countless more.

For the longest time, it became increasingly arduous to access these songs as they receded further into the past. Even though newer technologies like audio cassettes and CD’s were spreading, the focus was on offering newer music in the market. Also, none of these technologies enabled the listener to access a particular song at random; one had to own the collection. But now, YouTube being the boon that it is, one is able to pull up these numbers at any time and listen to them. I do so without looking at the screen, thus avoiding the visuals that I still find irritating.

Let us consider how the above narration applies to the federal Conservatives’ search for votes. Given their general record of failure, one can conclude that they are unable to find the required number of voters, and vice versa. Just like the songs, this inability is despite the physical proximity of the two sides.

In my opinion, the best example of CPC’s failure in finding voters was seen in the riding of Mississauga-Erin Mills in the 2019 election, for the following reasons:

Let us now look at another riding nearby, viz. Brampton East. This is another riding that CPC could have won with relative ease, but managed to lose instead. The factors in their favor were as follows:

From the above analysis, it is clear (at least to me) that CPC failed to add to its ‘popular vote’ where it mattered. Without meaning to disrespect anyone, it can be said that gaining more votes in areas where CPC has a choke-hold on ridings is of little use. The Party needs to analyze its performance where it doesn’t hold the seat, and find ways to win it.

One possible criticism of my analysis is that it looks at only two ridings out of a total of 338, and therefore is not based on a statistically meaningful sample. My answer to this is that CPC won 126 seats in 2019, while LPC won 157. If CPC had managed to wrest 16 seats from LPC, the final tally would have been 142 seats to CPC versus 141 to LPC, putting CPC in position to form a minority government.

If we add in the factor that other parties, notably Green, could have lent support to LPC to form government, the math changes a bit; CPC would have needed to wrest an additional five seats or so from LPC in order to make the lending of support politically problematic for the Green and NDP. As we saw during former PM Harper’s tenure, opposition parties contemplating formation of a coalition to keep CPC out of power doesn’t sit well with Canadians.

So, examining two ridings out of a possible 20 constitutes a sample size of 10%, which is statistically significant.

The question, therefore, is exactly how CPC could have gone about winning those extra seats.

In order to search for the answer, let us look at Indian music again. This time, however, it is the genre that constitutes cultural heritage of the subcontinent. This genre relies heavily on poetry written by people collectively known as ‘devotee-poets’. One of them was Kabir Das, who lived in either the 14th or 15th century (the exact dates are in dispute).

In those days, poets did not give titles to their writing, so their poems are known today by the first line of the poem. The particular poem of Kabir Das that is relevant here is ‘Moko kahaan dhoonde re bande’ (Where are you searching for me, Devotee?). It has been composed and sung by many artists. The rendition that I am fond of is by Bhupinder Singh, perhaps because of its mesmerizing tune, or more likely because it used to be played often on the radio at a time when radio was the only in-door entertainment available in India (there was no TV, and music systems were for the very rich). The poem is unique in that Kabir speaks, in first person singular, from the vantage point of God. In the opening stanza, he says:

Where are you searching for me, Devotee?

I am very close to you

In the final stanza, Kabir, speaking as God, tells where He can be easily found:

If you look for me, I am quickly found

After only a moment’s search

I am in (your) faith

As I see it, Conservatives demonstrate their lack of faith in two significant ways when they are not in power:

First, in between elections, they mimic the policies of the LPC (and the Left generally). The justification (or excuse, if you will) being that the Party has to say whatever is pleasing to voters in order to form government; once in power, they can reverse their stance on these policies. This is problematic on two counts:

What makes matters worse is that the Party follows through (half-heartedly or not) on these professed policies by evicting from caucus, or otherwise disciplining, its MP’s who voice opposition to these policies. This has the effect of fracturing the Conservative base, while making zero headway in winning allegiance of non-Conservatives. In fact, these actions have the perverse effect of cementing the perception being promoted by the Left that (a) CPC is a den of Neanderthals, as evidenced by the Party’s own acknowledgement of the presence of the evicted / disciplined member, and (b) the action was taken only because the Party is not yet in power; once it is, it will embrace the stance of the evicted / disciplined member with gusto.

Secondly, after losing an election, many people in the Conservative base attempt to lay the blame solely on a collection of ‘deplorables’: low-info voters (read: new immigrants), ‘Trudeau’s people’ (read: Muslims), voters in ‘Moronto’ (a pejorative amalgam of ‘moron’ and ‘Toronto’), ‘perpetual grifters / freeloaders / recipients of dole’ (Maritimes voters), ‘ingrate’ Quebecers and ‘loonies inhabiting the Left coast’ (lower mainland B.C.).

I have yet to come across any analysis of the Party’s own failings (although commentary shafting the Party leader for his failure abounds; this will be the topic of my next article in this series). If the Party is doing such analysis, it is not apparent from the way it functions; instead of seeing a re-setting of the direction, we see the Party making the same mistakes over and over again.

It is true that faith can move mountains, but in order to move the mountain of electoral success that it is facing, CPC will need to acquire faith first. Presently, it is woefully lacking on this front.

As the couplet in Sanskrit taught me in high school:

Goals are accomplished through effort only, (and) not by mere desires

(Just as) prey animals do not voluntarily enter a lion’s mouth.