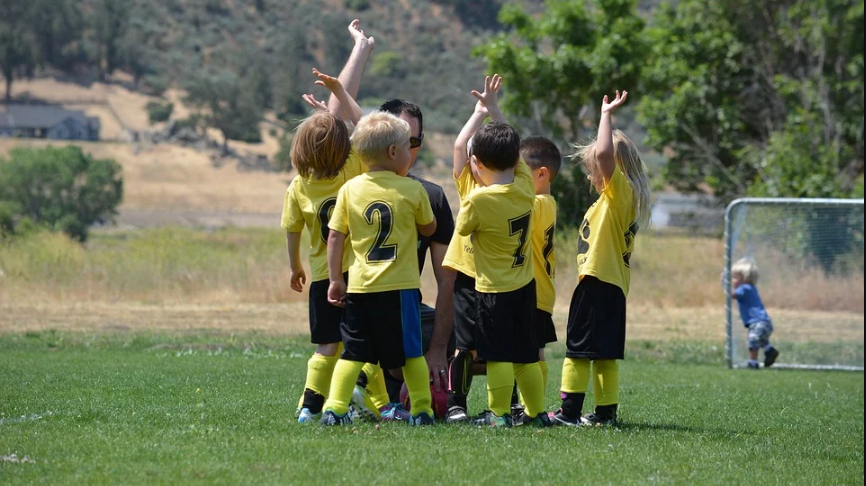 At the Montreal Olympics in 1976, India failed to win any medal. This was also the first time since 1928 that the Indian Men’s Hockey team had failed to win a medal at the Olympics. A low medals count for India at any international tournament wasn’t novel by any means, but the failure of the hockey team came as a jolt. It provided much energy to the long-running debate about India’s poor performance in international sports. Some critics focused on the fact that aside from the hockey team, only six other athletes had even qualified to participate in their events at Montreal. Out of these, only one athlete had managed to reach the final round of his event, where he came in seventh place; the rest had been eliminated in preliminary rounds.

As was usual, comparisons with small countries that had won medals were made. At the time, India’s population was about 630 million. Puerto Rico, with a population of around 3 million, had won a bronze medal. This comparison was met by the argument that India’s high population was in fact a contributing factor for the failure – there weren’t enough resources left after higher order priorities such as education, health and infrastructure were taken care of. This was met by a counter-argument that India had failed to give sports the importance that they deserved; allocation of resources was a function of priorities rather than availability. Someone who had relatives in the US added that from what he knew, one major factor was that children in ‘the West’ were engaged in organized sports from a very young age. That’s when I heard the phrase ‘Catch ‘em young’ for the first time.

The phrase caused a good deal of discussion. We marveled at a society that was blessed not only with the necessary resources but also the wisdom to provide their children with the facilities for their all-round development.

Nobody mentioned the name of Canada in these debates, even though it had won 11 medals. This was because in my circle, when it came to public perception as a prosperous society that was also sensibly governed, there was nothing separating Canada from the US. Perhaps we were a touch naïve, but this perception was reality for us.

Several months into the Covid-19 scare, news emerged that the city of Toronto had signed a two-year contract with a hotel in order to provide safe housing to the homeless. The public reaction to this was along predictable lines, both for and against. Interestingly, some of the people who called this a sheer waste of money had earlier been equally loudly in favor of providing hotel accommodation to the same homeless people, when the top-line news was that the City had housed ‘irregular migrants’ in hotels.

On the other side of the divide in this debate, there was consistency. They did not see anything wrong in either of the cases – although it must be noted that when ‘irregular migrants’ were being accommodated in hotels, they had not pushed for a similar facility for the homeless.

This discussion suddenly took a sharp turn when it was revealed that the hotel that had been used to house the homeless was situated next to a school. This issue was regularly highlighted on Twitter by a medical doctor, David Jacobs (@DrJacobsRad). His main point was that, given the high incidence of drug use among the homeless, a facility to house them (in order to protect them from Covid-19) should be located away from schools, day-care facilities etc. He regularly posted photos of needles and other drugs-related paraphernalia on or around the school premises. I followed some of these discussions, and saw that one common argument from those who opposed his views was that he was ‘criminalizing homelessness’. I found this an odd stance to take. There were two vulnerable groups in the situation: the school children, and the homeless. Since the amount of resources being expended on fighting Covid-19 is essentially limitless, it shouldn’t be difficult to ensure the safety of both the groups. The adamant insistence that the safety of one of these groups was more important than that of the other was baffling. Equally perplexing was the notion that showing concern for the latter amounted to ‘criminalizing’ the former.

On reflection, I concluded that this was a function of polarization of debate in our society. It has often been noted that nowadays, when it comes to public policy, we seem to lack a common ground between vying positions. Now I was observing the next stage of this process: using terms that are much stronger than warranted in order to stand one’s ground in the debate.

But this still didn’t tell me why it was the children whose interests were deemed less significant enough to be superseded by the interests of the homeless.

DANCING THE TROUBLES AWAY

Around the same time, another controversy was raging in the Twitter-verse, about the Netflix movie ‘Cuties’, following the release of its trailer showing very young girls dancing in sexually provocative ways. As is to be expected in current times, the debate on this quickly produced two diametrically opposed – and irreconcilable –tribes. On one side, there were those who were aghast at the images of 11 year old girls dancing in highly suggestive ways. They contended that it normalizes pedophilia, and therefore the movie ought not to be shown. On the other side, the argument boiled down to three main points:

(a) The movie is actually highlighting the problem of sexual exploitation of underage girls,

(b) Have you even seen the movie? Because if you haven’t, then you have no right to comment, and,

(c) So the guys who are always screaming about how we are losing our right to free speech through censorship now suddenly want a movie to be censored LOL.

Following this debate took me back to the late 1980’s, when the only TV channel in India carried two shows on drug-addiction among the youth. Both the shows handled this sensitive topic well, by neither softening the message nor being gratuitously graphic. But in the context of the controversy around ‘Cuties’, I wondered whether their artistic expression would have allowed (or required) them to use actual drugs for the scenes that showed drugs being consumed. This is a relevant comparison because the young girls in ‘Cuties’ did dance in a sexually provocative manner in front of the cameras.

Consuming actual drugs for the purpose of telling a story would have been a criminal offence in India. If argument at (a) above is valid, then the dance portrayed in ‘Cuties’ does constitute a criminal offence in my opinion. It is also unnecessary to see the entire movie in order to arrive at a conclusion of criminality of one scene; seeing that scene is enough.

Soon after we arrived in Canada, our young daughter outgrew her clothes, so we made our way to the nearest mall. Upon entering Zellers, I saw several signs in the women’s clothing section that said, beside a photo of a young woman:

I had absolutely no idea who this attractive lady was, so I asked my wife. She told me that Ms. Duff was a singer. Proceeding to the girls’ clothing section, we were now met by more signs, these ones showing a pre-teen girl who went by the name of Hannah Montana. I quickly – and correctly, as it later turned out – jumped to the conclusion that she was also a singer.

Using the fame of successful people as a vehicle to market products wasn’t a new notion for me at all, but I marveled at the mutation in the approach: whereas previously I had seen celebrities endorsing brands of products, now they were the brands. Then I suddenly recalled that several years earlier, I had come across news that the then-top-ranked tennis player Arantxa Sanchez-Vicario had launched a line of perfumes carrying her name. So, Ms. Duff and Ms. Montana weren’t exactly blazing a new trail – but seeing their images there did bring me to an important realization.

To a very large extent, economic production consists of fashioning products out of materials that we derive from nature. These can be from the ground, or water, or forests, or animals etc. Setting aside nuances, let’s call it ‘manufacturing industry’ for simplicity.

Then there is ‘service industry’, which can be divided into (a) professional services that require knowledge and (b) attending to the personal needs of someone. The former uses knowledge and equipment as inputs (and equipment itself has knowledge built into it). In the latter category, the chief input is a person’s time.

And finally, there is the ‘experiential industry’:

In an industrial process, the raw materials that are used become a part of the product. By contrast, the people who are used to create an experiential product remain separate entities from the product. Since a large part of the appeal of an experiential product is its newness, there is a limit on the number of times it can be made using the same people. This is most easily seen in the celebrity/gossip segment of this industry, where there is a new set of ‘famous for being famous’ young women every few years. What is generally applicable to all ‘experiential raw materials’ is glaringly apparent in these cases: a system that elevates them to prominence in a short time, also discards them ruthlessly once their commercial value has been milked sufficiently. The lucky ones continue to have a shadow of their former career in the ‘has-been’ corner of the celebrity/gossip segment of the experiential industry.

As the cycle of identifying, promoting, using and discarding people as raw materials for the experiential industry accelerates in pace, it is inevitable that the industry should be forced to look for new, prospective ‘raw material people’ of an ever younger age. If we hadn’t seen some of them in ‘Cuties’, we would have seen others like them elsewhere.

Having understood why some people would make, or defend, a movie such as ‘Cuties’, I am still perplexed by the willingness among some Canadians to expose school children to the dangers of discarded drugs paraphernalia. It is likely that the future belongs to ‘experiential industry’, at least in our part of the world, and many adults are now subconsciously deprioritizing education and safety for children, having sensed intuitively that familiarity, from a young age, with hitherto taboo subjects would prepare them more suitably for a career. For that purpose, it would be better to catch ‘em young.