Produce Before You Preach 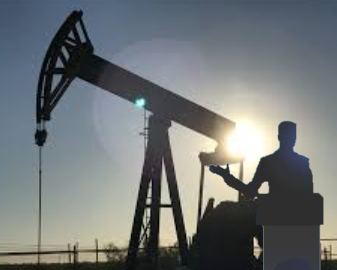 In the 1980’s, I saw an Indian movie that had a storyline around the life and struggles of a large, poor family. Only one member of the family was gainfully employed – a daughter. Her parents, siblings (some married) and their children all depended on her income for sustenance. The daughter’s job required her to dress smartly and be presentable in an office setting. This caused friction in the family from time to time. The other members of the family had orthodox ideas about how a woman should dress and generally comport herself. At various moments in the movie, they were seen castigating the working woman for her dress choices, or for socializing, or even for buying a lipstick for her own use. In the meantime, none of these members made any effort to become gainfully employed. They had settled into a lifestyle of being dependent on one person’s income, even if that meant economic hardship. Her income enabled them to pay the bills – even if barely – and that was good enough for them to not want to try anything of their own.

Normally, the sole earning member in a family acquires the right to determine – even dictate – how the people who depend on his / her income live. This was not the case in this family – in fact, it was quite the opposite. The one who paid the piper did not call the tune, and instead, faced a situation where her dependents constantly tried to dictate her behavior.

Before coming to Canada, I had heard about the Canadian oil industry. I had learned that it is mostly located in the province of Alberta, that the reserves of oil are huge, and that as a result, the Canadian oil industry is big, thriving and robust. I was living in the UAE earlier, and that experience helped me appreciate the boon that Canada has in terms of the massive reserves of oil under the ground.

After coming to Canada, it was therefore an unpleasant surprise to see a high degree of opposition to the oil industry. There is a constant barrage of messages about its ecological impact, its cyclical boom-bust nature, Alberta’s over-reliance on a single source for the economy, and how successive provincial governments have frittered away the money received from the industry.

What has struck me the most about the people voicing these views is that they are oblivious to the global demand and supply of oil. They are equally unheeding of the fact that other countries with a very shabby record of human rights and environmental protection are supplying the global market without hindrance.

Everything in this world comes to an end at some point. Therefore, it is safe to say that humans will outgrow the use of oil, both for energy as well as for the plethora of materials that are derived from it. In the meantime, it makes zero sense to block and stymy Canadian oil industry. Societies are perfectly allowed to have ideological aspirations, but they can support themselves materially only by behaving in a pragmatic manner. When ideology is allowed to overpower pragmatism, the society as a whole stagnates, and later goes into a decline. Even a brief study of the theocracies of our time bears this out.

Another notable aspect of this (seemingly never-ending) debate about the Canadian oil industry is that many of the players that are opposed to the very existence of the Canadian oil industry are major beneficiaries of the revenues from that industry, through the federal mechanism of equalization payments. In this aspect, the socio-political scene in Canada resembles the storyline of that Indian movie: those who are financially dependent are always busy criticizing, and trying to dictate to, the one that brings home the bacon. The possibility that their lofty objectives, if achieved, would certainly affect their financial situation in a negative way does not seem to enter their consciousness.

Given the format of Indian movies, the audience at the movie that I saw was confident that the glaring imbalance of power between the earning member and the rest of the family that depended on her income would get rectified before the movie was over. Real life situations are, however, far less predictable. Any correction in the imbalance of power between those producing oil revenues and those who are dependent on such revenues – while being ideologically opposed to the source of those revenues – will take a lot of will and political effort. The latter appears especially difficult, given that the parts of Canada that are in opposition to the existence – let alone expansion – of the Canadian oil industry are in a position to determine electoral outcomes at the federal level. Therefore, pandering to their ideological aims is a ticket to power. Impoverishment of the entire country will be the inevitable result. The need to avert this outcome is imperative.

In the movie, the family stayed intact in the end. Let us hope Canadian reality emulates Indian art, and our confederation remains strong as well.