The Mess At Toronto Airport Is a Disgrace 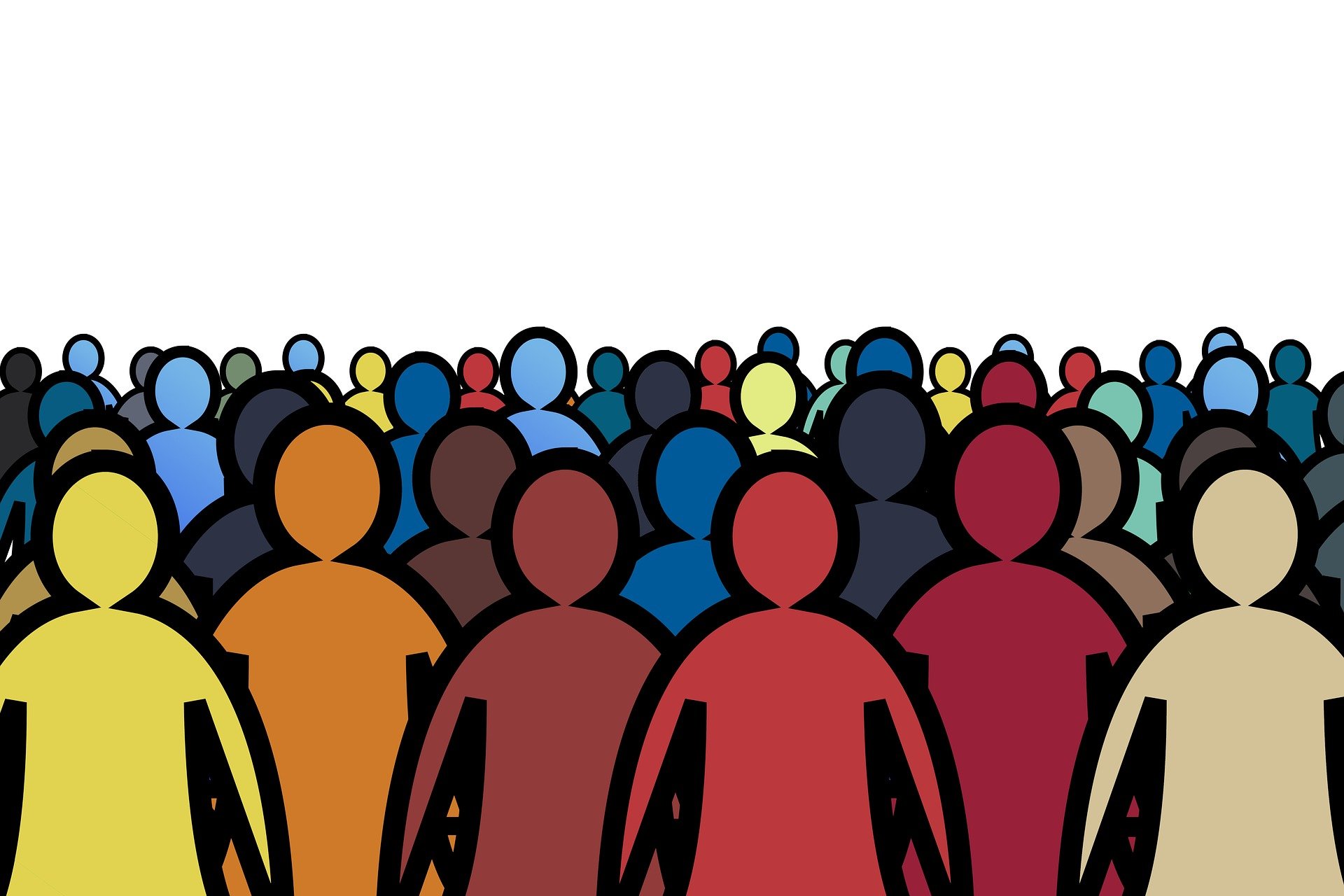 Any country’s main international airport is supposed to be a showcase for the world to see and admire. But in Canada, it has quickly become a disgrace on international level.

As more and more countries make their way out of the various hardships that Covid presented, here in Canada we seem to be stumbling from one difficulty to the next. In the latest iteration of this ‘Canadian exceptionalism’, we now have veritable chaos at our international airports. Although I must note that while media reports about this have surfaced only recently (about one week ago), many people have mentioned that this chaos has existed for much longer, perhaps 6 months or longer.

I experienced this chaos firsthand recently, when I arrived back from the US at Toronto’s Pearson International airport. The details that I observed haven’t been reported elsewhere as far as I know, and therefore I thought that an article describing those may be useful for my readers.

Once my aircraft had landed and taxied to the gate, they announced that there was going to be a delay in deboarding due to ‘customs’. It was further announced that only the passengers having connecting flights and those in wheelchairs would be allowed to deboard first. It was exactly 40 minutes after the aircraft docking at the gate that the rest of the passengers were allowed to get off the plane.

Upon reaching the customs area, I was confronted by a solid mass of people. Upon getting closer, I realized that the mass was actually a serpentine queue, zigzagging horizontally across the hall. Then I saw that there were in fact two queues, one each for the NEXUS travellers and the rest. But the two were so closely packed together that initially they looked like one queue. There was no indication at the entry point as to which queue it was. Fortunately, I entered the right one for me. Had I entered the wrong one, I would have taken much longer to get through the customs process.

After about half an hour in the slow-moving queue, I reached the computerized terminal where one scans their passport and enters other pieces of information from the screen. Then I joined the next leg of the queue that would lead me to a counter where a customs official was asking basically the same questions to travellers that they had already answered at the computerized terminal as well as on the ArriveCan app. At this point, I noticed that many of the counters were not staffed. As is my habit, I counted the numbers.

On the NEXUS side, out of the 11 counters, only 2 were staffed. On the other side, there were only 4 staffed counters out of the total 22. In addition, there was a separate counter for travellers in wheelchairs, which was staffed. My opinion, therefore, is that the real reason for the lengthy delay was understaffing of a severe kind.

Between the two queues, I spent a total of well over 60 minutes before I was finally done with all the procedures. But there was still one step of verification being carried out. The customs officer had put a green sticker on the back of my passport, and someone at the exit demanded to see it before letting me leave the area.

At this point, it would be useful to step back and review how repetitive the whole process is – which contributes to the delay.

Before boarding the flight in the US, I had provided all the details on the ArriveCan app that I later also provided at the computerized terminal – but even that isn’t the full story. Canadians leaving for abroad are required to provide a negative Covid-test result before they can leave Canada. Even though there is no requirement to have a negative Covid test for Canadians making a return journey to Canada, this negative test result still has to be uploaded to the app. Let’s pause and ponder what this means.

The number of Canadians travelling abroad daily has to be in the thousands, perhaps even tens of thousands. They can only make this journey if they are armed with a negative test result. This document is submitted to the airline. On the return journey, when the negative result is not required, why would the government want to have a copy of it? This additional / duplicated piece of information serves no purpose. The only entities gaining anything out of this is (a) the company providing data storage for this unnecessary information and (b) anyone seeking to use this data for purposes other than the official one. But there seems to be a pattern here.

Every returning passenger, having uploaded their passport copy to the ArriveCan app mere hours before boarding the aircraft, is once again required to scan another copy of the same document at the computerized terminal yet again. This also offers zero additional value. The only beneficiaries are the two aforementioned entities. This experience reminded me of something that I had read in the 1990’s.

THE VALUE OF NIL

At the time, I read an account by a famous management consultant in India. He had been given a consulting assignment by Indian Railways to streamline their documentary procedures. To understand the procedures that were in effect, he visited different railway stations. At one of these (in central India) he came across a room that was full to the ceiling with iron boxes that contained copies of something called the ‘Nil Report’. He asked what it was for, but nobody knew.

Upon digging up the history of this report, he learned that during World War 2, when the Japanese army was practically knocking at the gates of the eastern border of British India, a train car carrying weapons and ammunition en route from the western port of Bombay (now Mumbai) to the major eastern city of Calcutta (now Kolkata) had been waylaid by some Indian revolutionaries who used the materiel to attack the British government (while Indian independence movement is famous for being no-violent, there were several violent movements as well, and some these were especially active in the Bengal province, where Calcutta / Kolkata is situated).

The sudden spurt in revolutionary activity naturally led to an investigation, and it quickly traced the source of the materiel to the exact railway station where the car had been waylaid. The natural response of the bureaucracy was to order each Station Master (=manager) to make a round of their entire premises every day and report if they saw any cars that shouldn’t be there. The report had to be in triplicate, the other two copies to be submitted to the regional office and the head office respectively.

But of course, this was truly a one-off incident, so every day, every Station Master in the country wrote ‘Nil’ on the report, and their clerks forwarded a copy each to the regional and head office respectively, keeping one for their own records. Just a few years later, British rule in India ended. The form / document, however, continued. By the time this management consultant stumbled upon it, almost half a century’s worth of these forms had been stored in every railway station across the country. Nobody remembered what the form was meant for, nor did they even care to read what was printed on the form; they just knew that this was a form where they were supposed to write ‘Nil’ and distribute the copies in the prescribed manner. They all did this with meticulous diligence daily.

In his account of this, the management consultant noted that the form was beneficial only to the company that printed it. Similarly, given the volume of documents being scanned for Canadian travellers and the technology aspect, I believe that the vendor(s) for data storage is/are making out like bandits.

My conclusion from the above discussion is that the current chaos at Canadian airports stands on the two feet of staffing shortage and the financial interests of the connected parties as vendors. But talking about this is difficult, as I found out when I tweeted my initial reaction to this. While there were many responses in agreement with my tweet, there were several notable cases of opposition as well. Curiously – or perhaps its opposite, predictably – they came from both the sides of the ‘Covid divide’. Here is a sampling of the arguments that I received, with my response to each in brackets (I may be paraphrasing a bit):

What is noteworthy about the pronouncements, including the ones above as well as the official ones, is that there is nary a hint of a solution for the mess that we have on our hands. The height of ludicrousness came when Transportation Minister Omar Alghabra suggested that the delays were caused by the fact that since Canadians hadn’t travelled in two years, they had become ‘rusty’ in the matter of submitting / showing their travel documents. The fact that he hasn’t faced the deserved amount of criticism for this remark is a telling reminder of how weak / compliant our media is. If my observation of understaffing at the customs counters is in accord with the behind-the-scenes reality, then we need to know what is causing that staff shortage. In any event, Canadians deserve a lot better than the bogus response of the Minister.

Unfortunately, Canada is in a stage where telling the truth in a frank manner would amount to committing career-suicide for a politician (that is, assuming that they have the necessary knowledge and courage to do so). Therefore, I expect that this situation will continue until it ends. But in the meantime, Canada’s image on the world stage will take a (or another, depending on your view) big hit. While all the focus of the responses on my tweet was on Canadians returning home, we need to also be aware that foreign nationals would be in the same interminable queues. Besides, such unreasonable delays are bound to be detrimental to Canadian businesses (including the tourism industry). Plus, it is very likely that airlines (including foreign ones) are getting hurt, both financially and in terms of their operational schedules, by having their aircraft tied down on the tarmac for an hour or longer. They are bound to react to these losses in ways that put Canada on the less-preferred list of these foreign airlines.

An international airport is supposed to be a showcase for how good (or bad) a country is. Presently, we have put clutter and garbage in that showcase. So don’t be surprised if outsiders say things about our country that we won’t like to hear – and worse still, start shunning Canada altogether as much as they can.